How Candy Land Was Invented During The Polio Epidemic

Candy Land is one of the most popular games ever invented. The board game continues to sell about 1 million copies every year.

But do you know how it was invented? 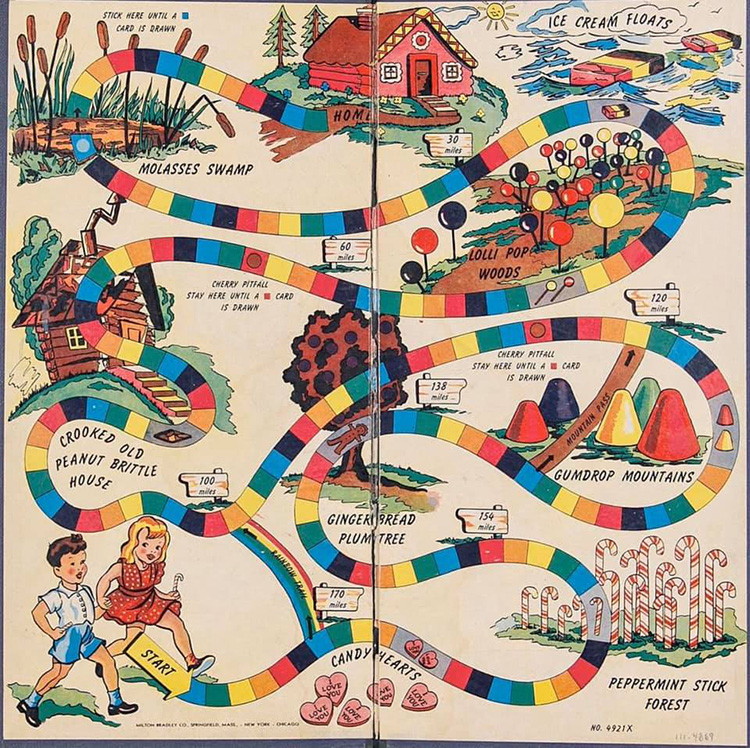 The game was designed in 1948 in the midst of the polio epidemic -- a disease that placed tens of thousands of children inside iron lungs, and many thousands more around the country quarantined at home.

A young San Diego schoolteacher named Eleanor Abbott invented the game while inside a polio ward, as a patient herself, with the hope of giving the immobilized children around her a momentary sense of freedom and mobility.

As a way of further connecting with the kids, Abbott featured on the game board an illustration of a boy with a leg brace.

The children loved the game so much they suggested that Abbott submit the game to Milton Bradley Company. In 1949, the game was bought by Milton Bradley and published as a temporary fill in for their then main product line, school supplies.

Candy Land became Milton Bradley's best selling game. And to this day, Candy Land continues to be popular, more than 65 years after the disease was eradicated.

It makes you wonder, what will be invented during this pandemic?