He Finally Found His Birth Mother, And Discovered She Owned A Restaurant Named After Him

After suffering a heart attack in 2005, US Air Force Col. Bruce Hollywood decided he finally wanted to meet his Japanese birth mother who gave him up for adoption in 1960. 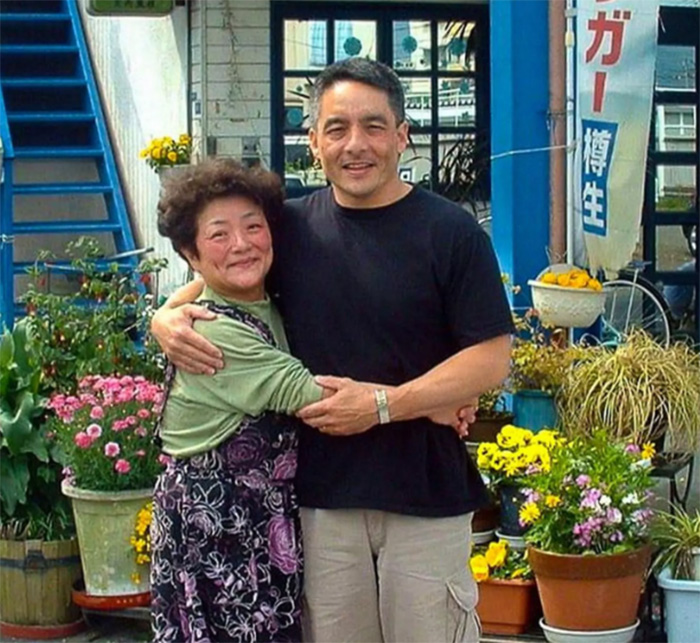 Hollywood was adopted by an American couple who were stationed in Japan with the U.S. military and who could offer him a good life in America.

Though his adoptive parents always encouraged him to meet his birth mother, Hollywood always declined - until the heart attack. Then he began his search, at the age of 44.

That same day, Hollywood spoke to his mother on the phone for the first time, with the help of an interpreter.

"And [the interpreter] said, 'Well, tomorrow is your mother's 65th birthday, and the birthday present that she dreamed of her whole life is that you would come back to her'," Hollywood, 57, told The Washington Post.

She told him his mother never married, "because she said in her heart there was only room for one man. And it was you, and she knew you would be back."

His mother also ran her own business, a restaurant she named "Bruce". Before leaving Japan, Hollywood's adoptive parents gave Ouchi a baby photo of him and told her they named him Bruce.

"And I thought, 'This is either the most incredible story I've ever heard or this woman is crazy, and these things aren't true'," Hollywood recalled.

It was all true.

She told him the story he never knew about his adoption. The American military man who was his birth father never finished the paperwork to marry Ouchi and was sent home to South Carolina. He did not know she was pregnant.

Hollywood and his mother continued a close friendship for three years, both flying back and forth to Washington and Japan, until Ouchi passed away in 2009.