Mom's Kindness To A Stranger Is Rewarded With Eagle's Playoff Tickets

A mother and son in Philadelphia were surprised with $500 and NFL playoff tickets after an act of kindness.

It was a day this little boy will never forget. 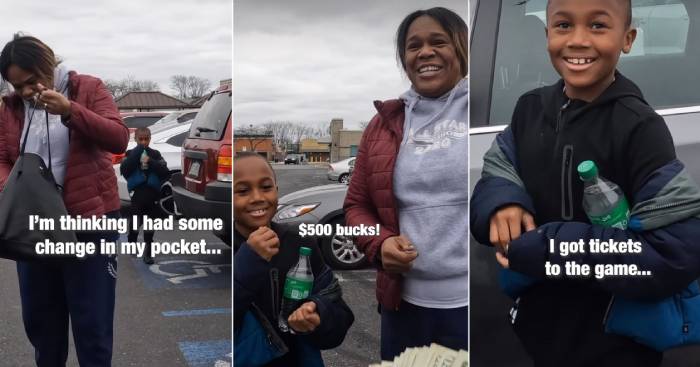 Bryanne McBride and her son Mason were out running errands Saturday afternoon, preparing for the Eagles game, when they encountered a stranger who asked them for some money.

"Do you have a dollar by chance? I'm just trying to grab the bus," Zachery Dereniowski says in the video.

Dereniowski runs the "MDMotivator" account on social media and is known for rewarding people for their acts of kindness.

After giving Dereniowski money, he returned the favor by giving her $500 in cash and two tickets to the Eagles-Giants NFC divisional playoff game.

"We were actually getting our goodies to watch the game from home. He said it, it was like he fell out of the sky it happened so fast," recalled Bryanne.

Mason said his favorite part was meeting the players. 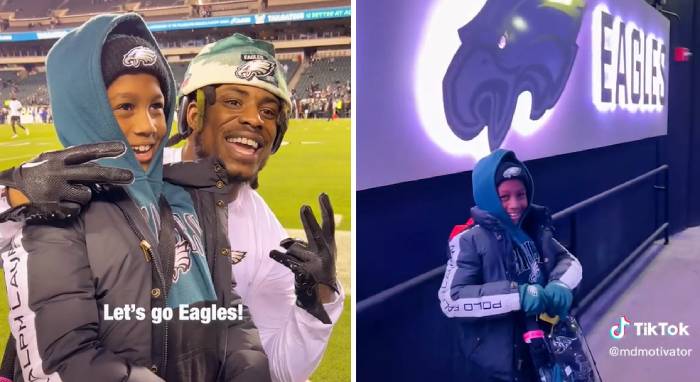 Mason at the game / @MDMotivator

The average ticket price for the game last weekend was around $700.