'Not Bothered By You Being Here': Restaurant Worker Buys Homeless Man A Meal

A kind-hearted restaurant worker helped a homeless man feel like he belonged while also paying for his meal. 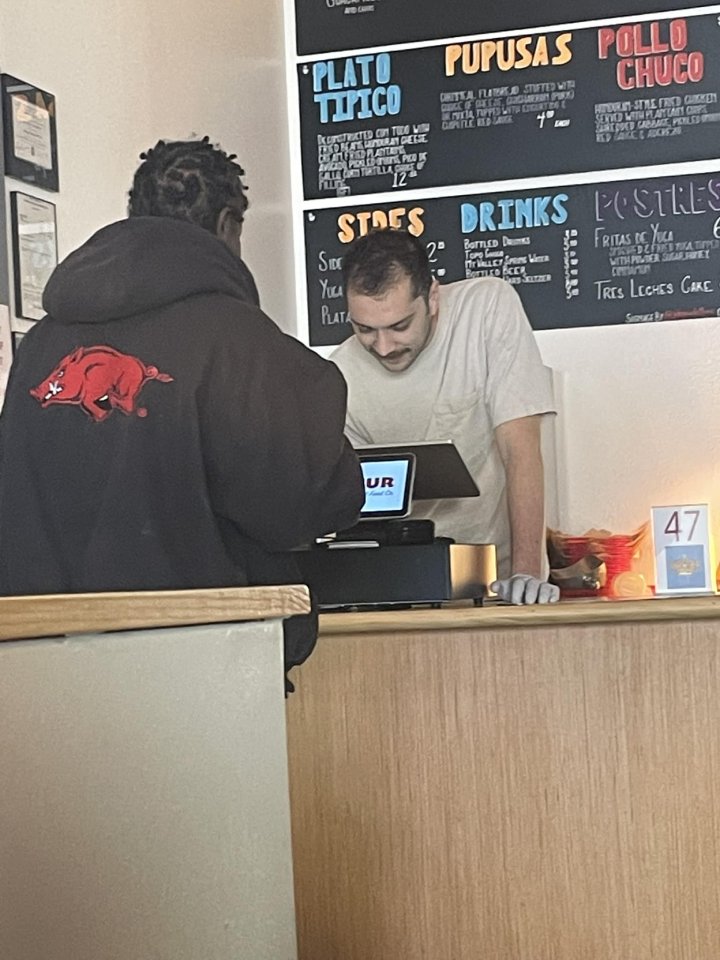 Ronda Chung said she was dining at El Sur Street Food Co. in Little Rock when a homeless man walked up to the counter and asked for food.

"This person came in and asked if they had any food they were willing to toss his way and the guy behind the counter said I would love to pay for your food and asked if he would like to hear some recommendations," Chung wrote in a Facebook post.

"Right off the bat he offered the huge Con Todo baleada instead of trying to give him cheap stuff like chips and salsa or a pupusa.

He asked if the guy wanted to eat at a table or if he wanted it packed to go, and when the person said that he wanted to make sure he wasn’t bothering the business the guy behind the counter said I am not bothered by you being here and offered a table."

Chung's post has over 3,000 shares, with hundreds of people praising the restaurant employee for his compassion.

"Amazing food, amazing folks. This is the Arkansas I want," Chung said.