A woman in the U.K. lost her sight and feared she would never be able to ride a bike again.

She's back on two wheels, thanks to a local business' act of kindness. 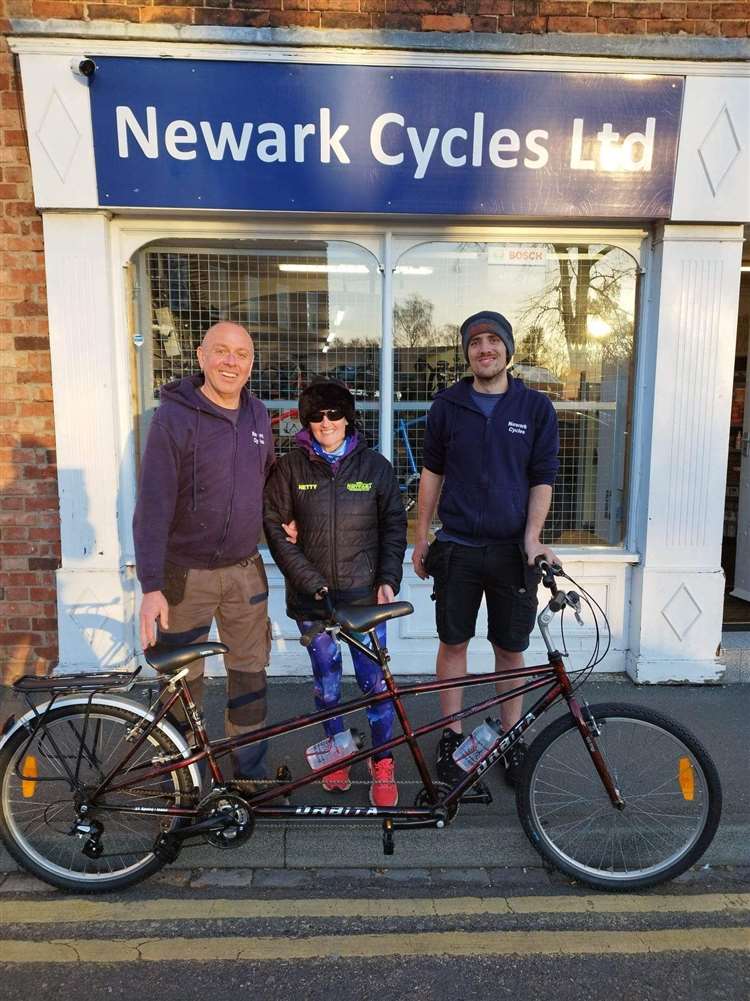 Roger and Jack of Newark Cycles, with Jeanette and her tandem

Jeanette Stevens, an avid cyclist, lost her eyesight at age 34.

Years later, she began cycling with the help of Charlotte Tandems, a charity which loaned her a tandem bicycle for a year, after teaching her how to ride one. A tandem bicycle is a form of bicycle designed to be ridden by more than one person.

When the year was up the bicycle had to be returned ­— but one of the charity's old tandems was up for sale, although not in a usable condition.

"The charity was selling the tandem for £50, so I had a word about it with Newark Cycles," Stevens told the Newark Advertiser.

"I wasn't sure if I should buy it as my budget is tight, but Simon (of Newark Cycles) said I should get it, and if it couldn't be done up they would sell it on to get my £50 back."

She bought the bike and took it to the shop, where Simon, his wife Kathryn, and Jack, said they could repair the bike and would do it as a gift.

"I was running around, bouncing and overjoyed telling everyone about it," Stevens added.

"Its like a new bike. It was really special for her," said Paul Davidson, Stevens' friend and tandem partner.

"Netty was very worried she would never be able to cycle again."