'We Fed Them, Had Coffees Going': McDonald's Workers Shelter People From Blizzard

Employees at a McDonald's in Buffalo opened their doors to the public during the blizzard.

The restaurant sheltered more than 50 people from the storm. 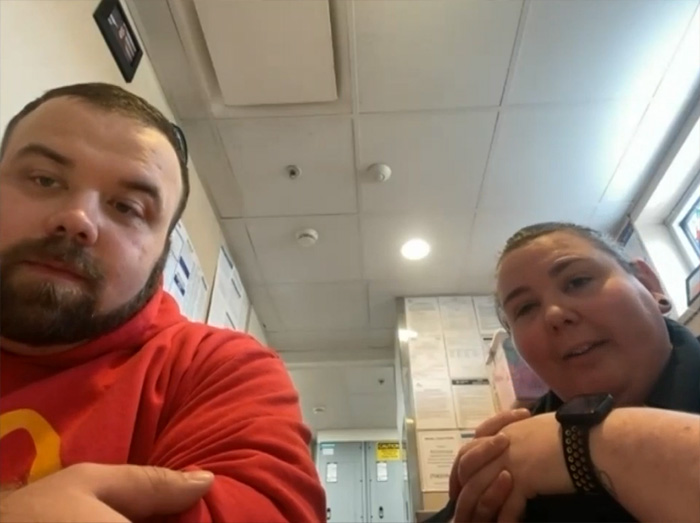 It was around 2:00 p.m. on Friday when Jeffrey Spangler, Kristin Kosha and Amanda Kendall were closing up the McDonald's on Sweet Home Road in Amherst when the snow started coming down.

"It wasn't safe to drive," Kosha told ABC News. "We had to make the right choice for us and our other manager with us."

Knowing they had a warm place to stay, and plenty of food, Kosha opened up an invitation to anyone stuck on the streets to come to the McDonalds. 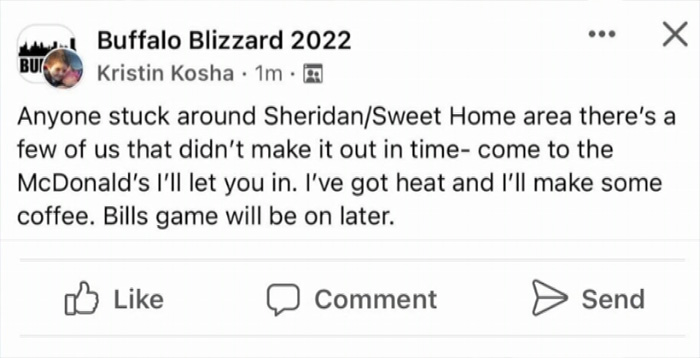 It wasn't long before Amherst Police and fire were dropping off stranded motorists at the McDonalds, and into their care. 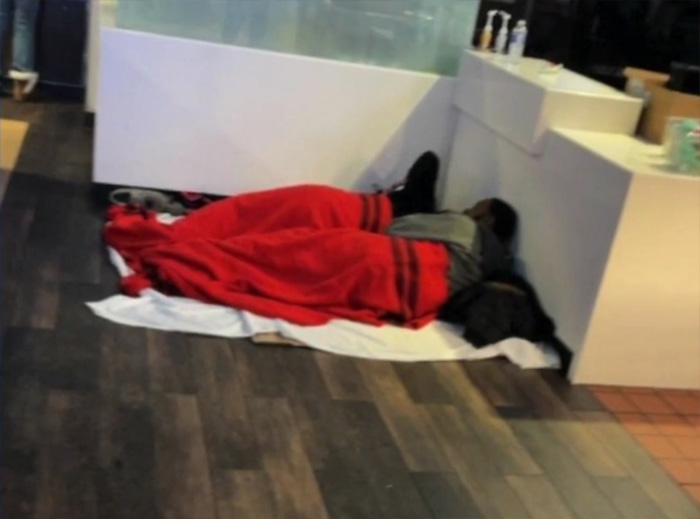 More than 50 people throughout the Christmas weekend sought shelter inside the restaurant.

"We fed them, had the coffee's going," she said. "Hot chocolates. Saturday we had the Bills game on. They chatted amongst themselves, mingled and we kept them fed." 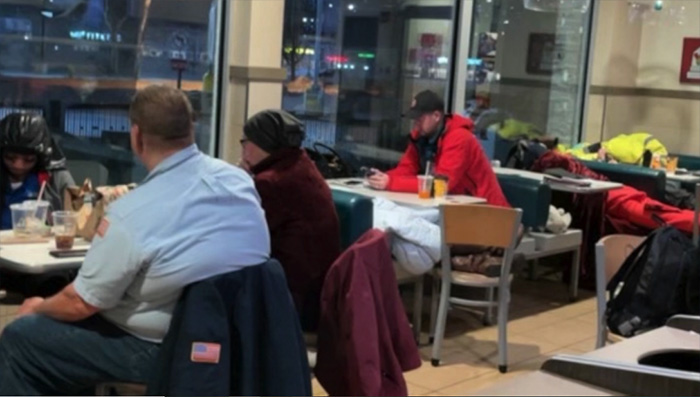