Horse Trapped In Frozen Lake Gets Rescued By Good Samaritans

A group of good Samaritans helped rescue a runaway horse that was found in the icy waters of a Wisconsin lake. 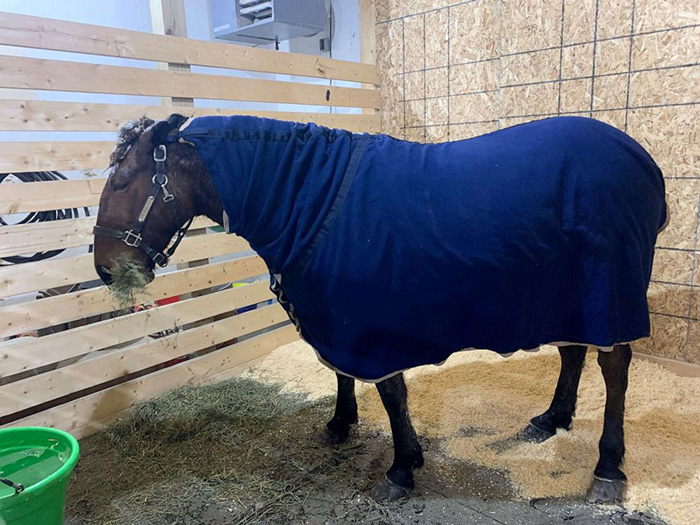 Residents told ABC News that the horse, whom they named "Jack" after the Titanic character, was trapped in the icy waters for three hours.

Despite the subzero temperatures and limited resources, they refused to give up until they could get Jack to safety. 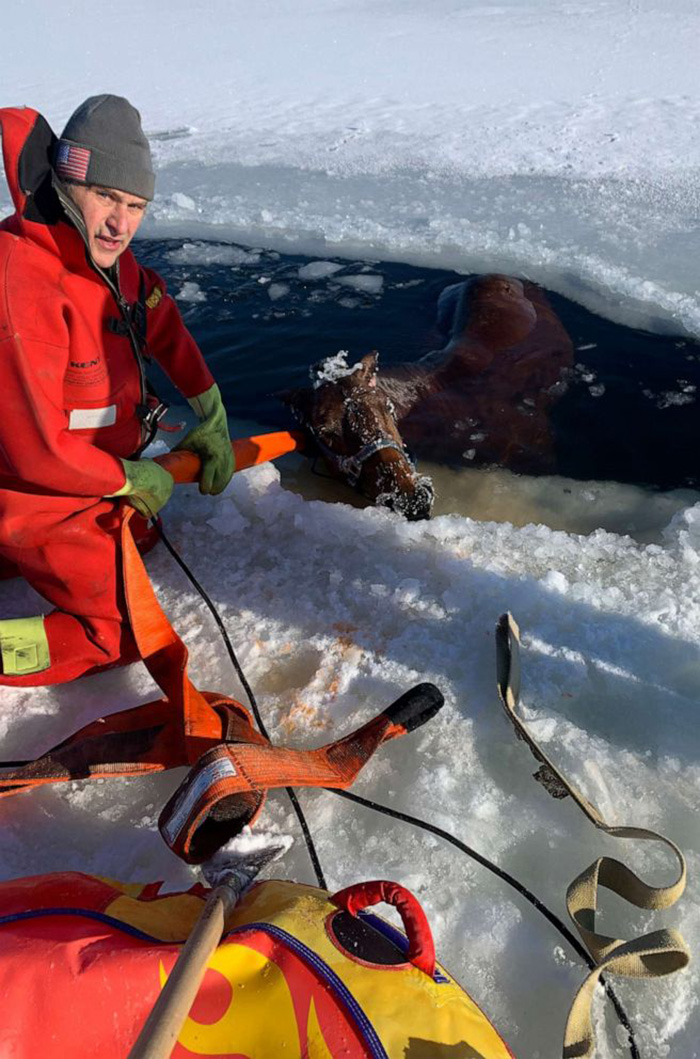 D.J. Ryan, 38, said he saw a Facebook post from a neighbor about a horse that was seen wandering the road, so he and another neighbor went out to investigate.

The next morning, residents of the lake saw the horse walk on the frozen body and surveillance camera footage filmed it falling into the water. 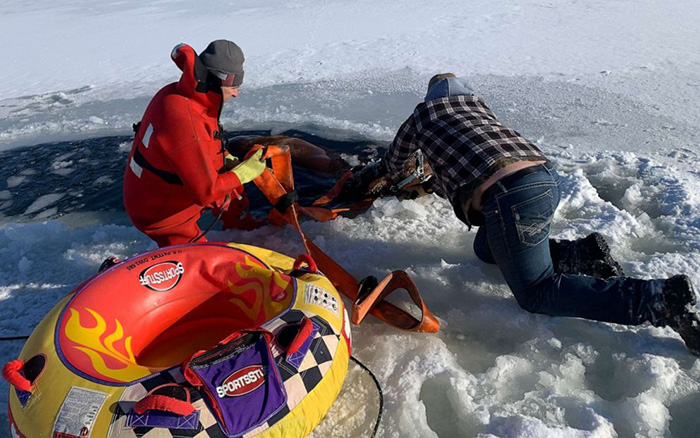 "We saw it out there struggling and bobbing out, about 150 yards off the shore," Ryan told ABC News, adding that temperatures were -5 degrees Fahrenheit.

They knew it was only a matter of time before hypothermia took over.

"As long as the horse was still moving and kicking it was savable. That's why they never gave up," Mike Strub said. 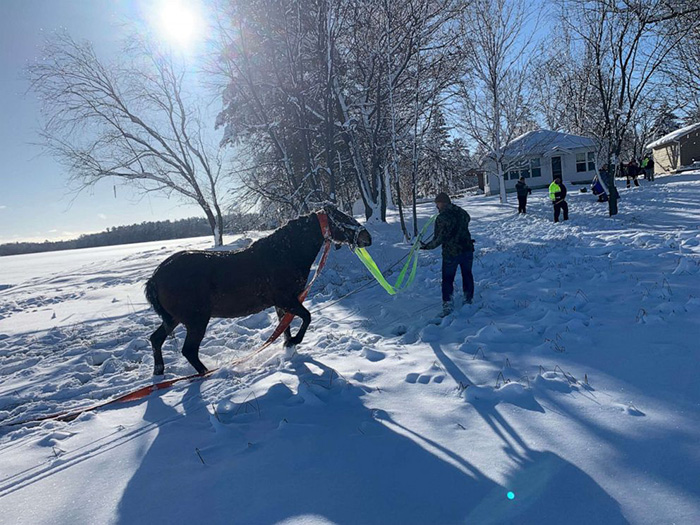 After a lot of trial and error, the rescuers were able to get a nylop strap under the horse and guide it out of the water.

The rescuers had to push the horse to get it away from the lake. Eventually, the horse was able to walk on its own.

"We had all people with binoculars watching it from the lake and cheering. It was a point of pride," Strub said. 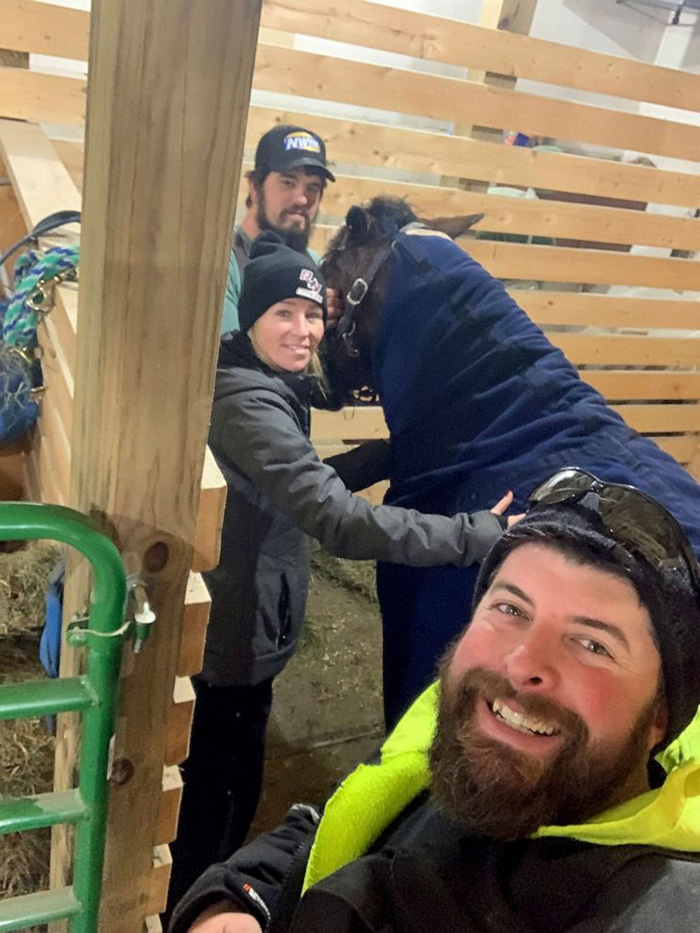 Representatives from Frontier Stables, which housed Jack, told ABC News that he was doing well during his time recuperating. After they posted a photo of Jack on their Facebook page, Frontier Stables said they were contacted by the horse's owners.

According to the owners, a tree had fallen on a fence and that created an opening for Jack to wander off.

Ryan added that the owners were "super excited" to reunite with their horse.