Children in a small community in northern Alaska were so delighted for a visit by Santa that they braved wind chills of 25 degrees below zero just to see him. 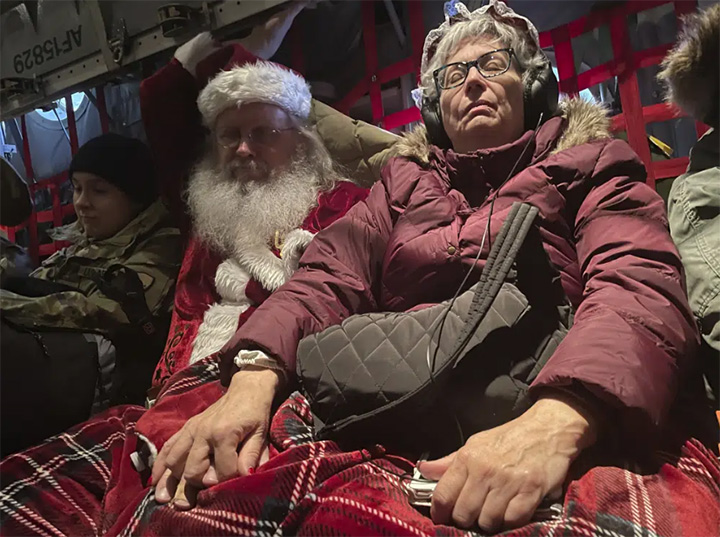 Nuiqsut, Alaska is a roadless village of about 460 residents. It's just 30 miles south of the Arctic Ocean.

So, Santa left his reindeer at home and caught a ride on an Alaska Air National Guard cargo plane.

Excited kids were waiting for him at the snow-covered airstrip.

"Some of them were out on the deck and they were jumping up and down, excited to see the plane coming in," Principal Lee Karasiewicz of the Trapper School told the Associated Press. "They knew right away by the size of the plane, who was on that plane."

When Santa and Mrs. Claus stepped off the cargo plane, children rushed to greet him with hugs.

Once all had gathered in the local school's gym, each child had the opportunity for a short visit with Santa and Mrs. Claus, and each received a backpack filled with snacks, books, and gifts.

The Alaska National Guard delivered more than 1,400 pounds of gifts for the children of Nuiqsut.

Operation Santa Claus began back in 1956 when the residents of one community, St. Mary's, found themselves without money to buy gifts. Villagers stung by flooding and then a drought that wipe out their subsistence hunting and fishing opportunities were forced to spend Christmas money on food instead. That's when the guard stepped in, bringing them donated gifts and supplies.