Every Christmas, This Woman Hands Out Hundreds Of Stuffed Animals To Seniors

Every holiday season in Philadelphia, a woman hands out hundreds of stuffed animals.

They're not for kids, but for seniors who are in need of some Christmas cheer. 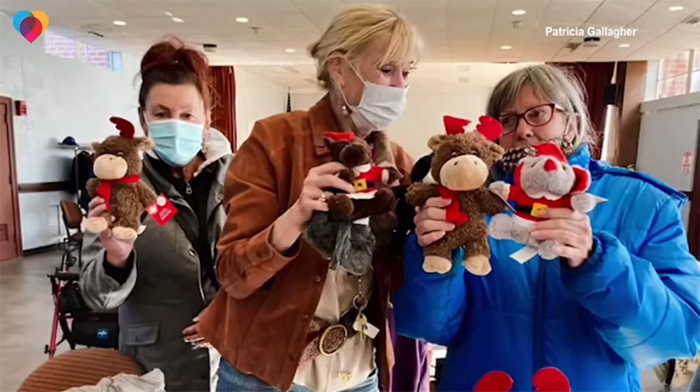 Patricia Gallagher said this Christmas tradition started in 2009. She was an empty nester and felt lonely.

"I just got this idea in my head to call two nursing homes at random and ask if my mother and I could come and read 'Twas the Night Before Christmas'," she told CBS News. 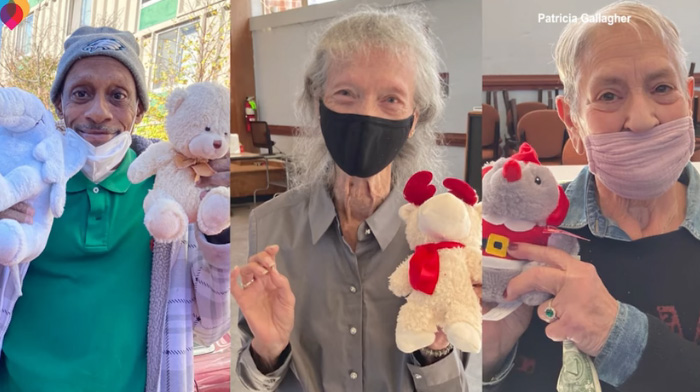 She brought some of her kids' stuffed animals to the nursing home with her for the seniors to hold while she read.

"But when we went to gather them and take them back to go to the next nursing home, nobody wanted to give up their teddy bear or their stuffed animal in any way," she said.

On that day, Patricia saw the power of a simple Christmas gift.

"It was just a nursing home and it was just a lot of elderly people sitting in wheelchairs just kind of waiting and waiting for what?" she said. "And all of a sudden, the whole room became alive with people jingling bells and holding Santa Claus [dolls] and everything and they really didn't want to give them back because they thought we had given them a gift." 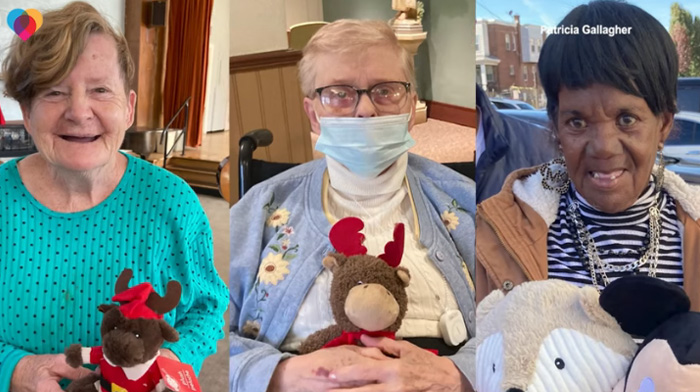 To continue her tradition, Patricia put an ad on Craigslist asking for gently used stuffed animals. In her first two years of collecting, she received more than 11,000 stuffed animals. She said local schools and churches will hold stuffed animal collections on her behalf.

She takes all of the donated stuffed animals to senior living facilities and homes for veterans and retired nuns.

"Who would think that elderly veterans would want stuffed animals? But they did. Not only for comfort, but they were conversation starters. It reminded them of when they were a kid. I remember one man said, 'You know, I never wanted to go to first grade and I wouldn't go. And my father said if I would go to first grade that day, he would take me to the Brooklyn Zoo. And you know what? This was the first animal I saw at the Brooklyn Zoo and it looked just like this giraffe'," she said.