Man Finds Diamond Ring Worth $40,000 On The Beach And Happily Returns It

A man found a platinum and diamond ring worth $40,000 buried on a beach in Florida and returned it safely to its owners. 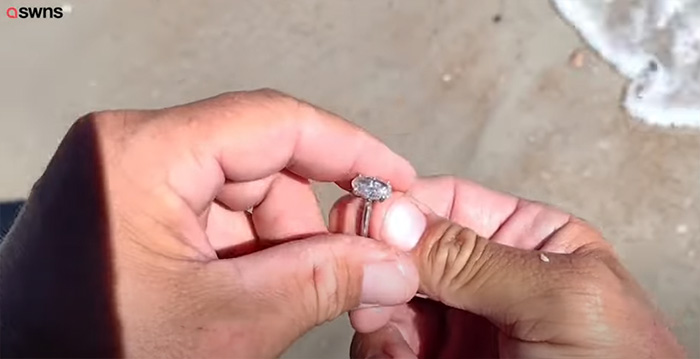 The video shows Cook digging the ring out of the sand.

"No way, man, woah, look at that bad boy, holy crap, yo that's real, I swear to god this is the biggest diamond I ever found on the beach!" he says in the video.

"I just said, 'oh God that's been sitting in my scooter for almost a week', I couldn't believe it," he said.

He immediately posted the video footage to his social media channels and called local jewellery stores looking for people who may have lost rings.

Two weeks later, Cook began receiving phone calls from an unknown number. He initially ignored them, but later realized it could be the owners of the ring. It was a couple from Jacksonville who had lost a similar ring.

"They were pretty happy," he said. "The wife was on a Facetime call and she just said, oh my God I can't believe it, and then she just started crying."

Cook met up with the owners a week later and happily returned it.

"It felt really good, I've returned sixty-thousand dollars of stuff this year, but nothing even close to this before," he said.

"Karma's always good, every time I return an item, I find something better, so I'm happy I could give it back."