TikToker Raises $170,000 For Older Walmart Worker So She Can Pay Off Her Mortgage And Retire

A TikToker has raised more than $171,000 to help an older Walmart employee pay off her mortgage and retire. 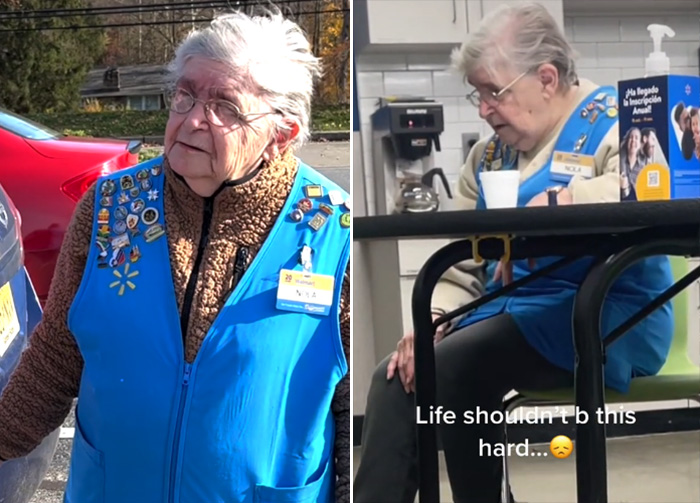 Devan Bonagura recently posted a TikTok of a Walmart employee named Nola as she sat alone in the Walmart break room.

"Life shouldn't be this hard," he wrote in text over the video, which has been viewed more than 26 million times on the social media platform.

In response to encouragement from commenters, Bonagura set up a GoFundMe page the same day for Nola.

In a second video, Bonagura talks with Nola and learns that she needs to keep working to pay off her mortgage. She would need $170,000 to retire.

"That's what's holding me at work — the house," she says in the video.

Nola's granddaughter thanked Bonagura for his incredible act of kindness.

"I just want to say thank you for the bottom of my heart, for what you did for me and also my family. It means a lot to all of us that you did this for her and it was a very kind thing for you to do," she said in a video. "Thank you very, very much from all of us."

According to Bonagura, who works for a third party company inside of Walmart that sells phones, he was suspended from his job and told that Walmart was receiving threats because of his videos.

"They're getting a lot of backlash, so they told me I need to delete the video and delete the GoFundMe and return all the money to the people that donated it or they're going to get the cops involved," he said in a November 4 video. "So, I told them to do what you have to do because I'm getting this money to this woman one way or another."