A man in Iowa is being hailed as a hero after saving four children from a burning home. 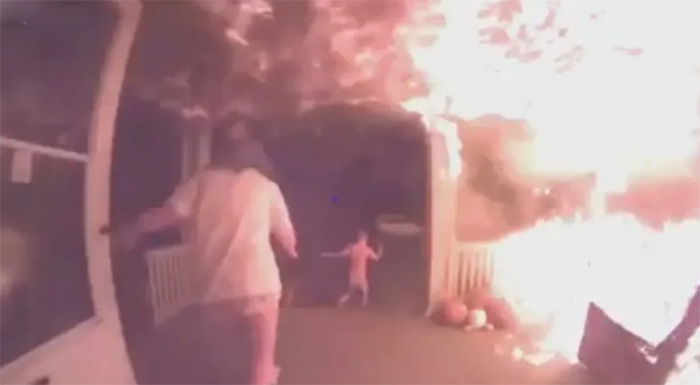 Brendon Birt said he took a wrong turn down the road in Red Oak and just happened to see the fire starting. He immediately sprang in to action, screaming and pounding on the windows of the home.

Tender Lehman and her husband, the owners of the home, were in Montana for a family emergency. Their three children were home alone with their 22-year-old brother.

"Like every second that was going by was just getting worse," Birt told KCRA.

The smoke alarms were not going off. The banging and screaming eventually woke the siblings up.

In the video you can see the three younger kids burst through the front door through the smoke and flames.

"They came out the door. Like, I just felt like I just wanted to break down and cry. Like, I don't even know these people here," Birt said.

And what felt like an eternity after that, the oldest sibling escaped just in time.

The house is a total loss, but Lehman says at least they will be able to move forward together — thanks to Birt.

"They're safe, and they're safe because of him. I mean, lives were saved here. Souls," Lehman said.

Many people think Birt made that "wrong" turn for a reason.

"It was no accident that he stumbled on this fire. God Bless this young man. Hero.," one person commented.

"The man didn't make a wrong turn...he was sent by GOD to make the right turn and save those lives," wrote another.

The Red Oak Fire Department said the cause of the fire is still under investigation.