Police officers in Nebraska went above and beyond the call of duty when a grieving woman needed extra help. 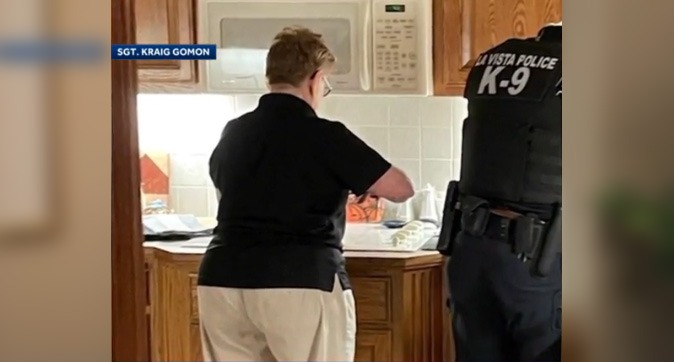 What started as a rescue call ended with an act of kindness thanks to a pair of La Vista police officers.

Officer John Danderand said they arrived at Karen Ressegieu's home where they found her husband unresponsive. After multiple rounds of CPR, medics declared her husband deceased.

"She had a lot going on, she had some neighbors stopping by trying to figure things out, get information from her. And she had mentioned about three times that she had to get a cake frosted, they were supposed to attend a funeral that morning," Danderand said.

The officers frosted the cake for Ressegieu and then delivered it.

Sgt. Kraig Gomon snapped a couple of pictures to serve as a memory down the line. They captured a part of the job that goes on behind the scenes. 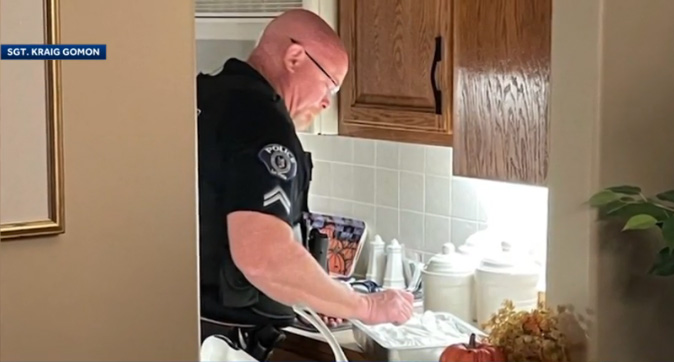 "She was just more worried about everybody else than herself. And that was what struck me the most as her kindness. And for me, it was a small gesture for us to be able to try to return that to her," Gomon said.

It was a somber day made a little sweeter.

"They just showed lots of kindness, you know, going out of their way," she said.