A realtor/musician in Illinois discovered his musical gifts carried healing power beyond anything he could have imagined. 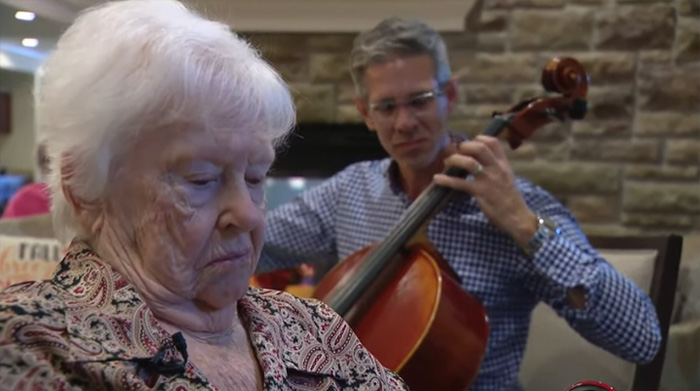 Since losing his father to brain cancer, Ryan Carney has been bringing his cello to senior care facilities to play for the residents.

The cancer took his father's ability to talk, until the day "Stand By Me" came on at a family party. Out of nowhere, his father began to sing.

"It's something that's hardly explainable," Carney said. "I'm not a doctor, but I know that music is known to be the universal language. And when language is barricaded by a disease, sometimes music can penetrate that like nothng else can."

He began randomly playing his cello at senior care homes in hopes that the music would also touch others with cognitive decline.

It was a hit with residents packing the foyers to hear him play.

"When I get to help people trigger that chemistry in their heads through music, it is the absolute greatest feeling in the world," he said.