16-year-old Shane Hawkins played drums with the Foo Fighters during his father's tribute concert on Saturday at Wembley Stadium in London. 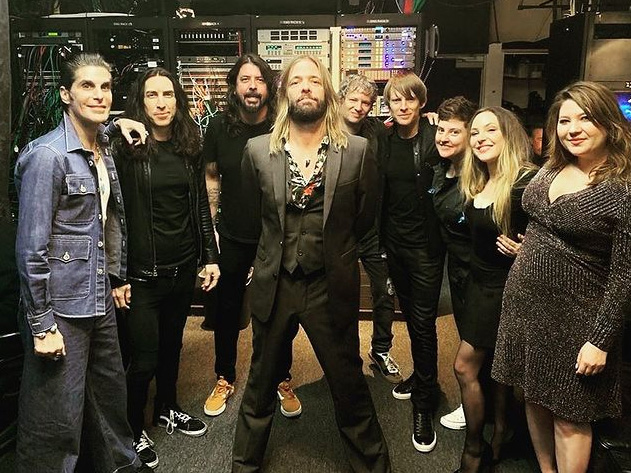 The Foo Fighters honored their late drummer Taylor Hawkins who died unexpectedly earlier this year with a concert that featured a slew of other musicians including Elton John, Liam Gallagher, Paul McCartney and Travis Barker.

The final musical guest of the evening was Hawkins' son, Shane.

"Ladies and gentlemen, we have one more drummer that's going to come up and play with us, and let me tell you I don't think I've ever seen anyone hit the drums as hard as this person, but beyond that, he's a member of our family." Dave Grohl told the audience.

"And he needs to be here tonight with all of us, and I think it makes sense that he's going to come up and play with us tonight. Ladies and gentlemen, would you please welcome Mr. Shane Hawkins on the drums."

Watch the performance below.

Taylor Hawkins died on March 25 in Colombia, shortly before a scheduled music festival performance, after complaining of chest pains in his hotel. He was 50 years old.