Two adult sisters thought they were only children their whole lives until an online genealogy service brought them together. 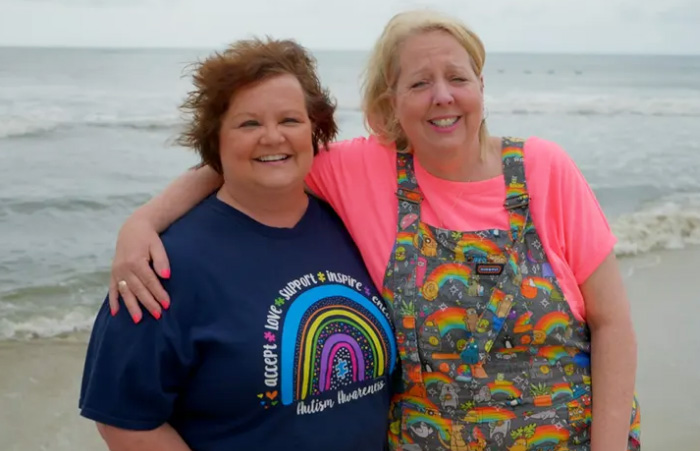 Diane Ward, 59, and Mary McLaughlin, 56, were both born in Michigan to the same mother. Ward knew she was adopted but did not know anything about her biological mother. McLaughlin was adopted by her chldhood babysitter after her mother simply "didn't return one day".

And for years, Ward and McLaughlin came so close to crossing each others' paths.

"We were basically just crossing back and forth most of our childhood," Ward told People. "I have memories of my aunt going to one of the bakeries in Michigan and getting this certain Boston cream pie. And Mary knows exactly the bakery."

"It's just weird. Creepy weird. Because we were just in the same circle the whole time."

"Maybe we did see each other. Maybe we were even sitting at the same ice cream stand. Who knows?" added McLaughlin. 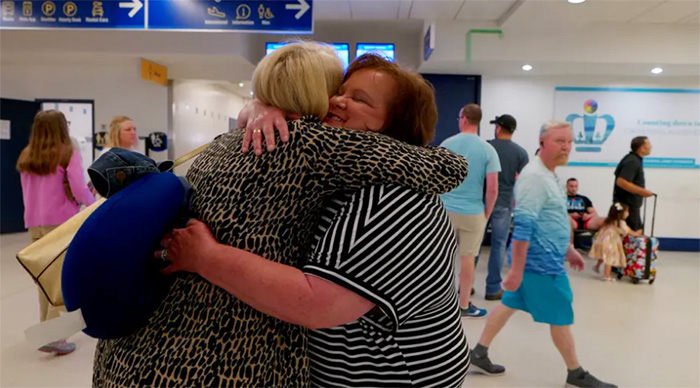 Ward said that in 2018, she decided she wanted to find her biological mother.

For Christmas that year, she got a DNA kit from MyHeritage, a company that helps people research their family history through DNA tests and historical records.

That research came back with a link to a possible cousin — and then that cousin directed Ward to a possible half-sister. Soon after that, they met on a video chat for the first time.

"Just talking about it, I still get so excited," Ward said of the sisters' first call. "It was fantastic."

McLaughlin told Fox News that her husband was in the room watching their body language. "He went, 'Oh my God, that's your sister'," McLaughlin recalled.

They talked for hours about their favorite foods and hobbies. "We were like 5-year-olds," McLaughlin said. 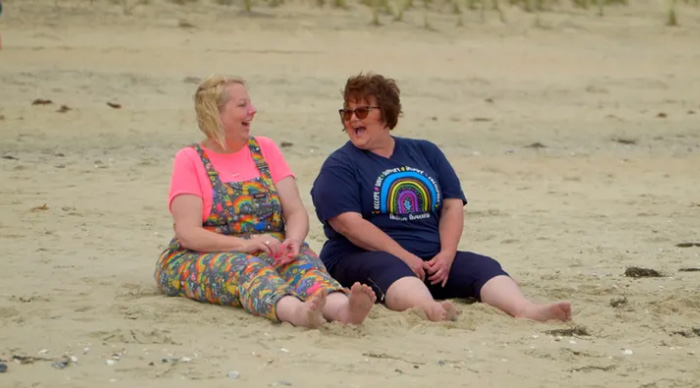 The sisters continued to video chat and message daily on WhatsApp during the pandemic.

This month they finally met in person.

Ward and her husband flew from their home in the U.K. to join McLaughlin and her family for a beach vacation in North Carolina.

"Her daughter rolled her eyes when we met each other and said, 'Oh great. Now there's two of you, one on each continent.' And that wasn't a good thing for her! And I said, 'Be careful. We might find another sister and there'll be three of us'," Ward said.

Ward and McLaughlin both said they had wonderful childhoods with their adoptive families -- but still wished they had known their birth mother, who passed away from cancer many years ago.

"The more I find out about my birth mother and the struggles that she had, I think, well, I was very lucky in a lot of ways, but I do wish I knew her. And I do wish I had met her. All those things," Ward said.

McLaughlin also admitted that when she first met Ward, said she was angry that she did not get to grow up with her sister or have someone to talk to through all the difficulties of life. But over time, she has come to realize that it was perfect timing when she met Ward.