A 15-year-old dog has been adopted from the Pennsylvania SPCA by a loving family who plan to give her the best final days. 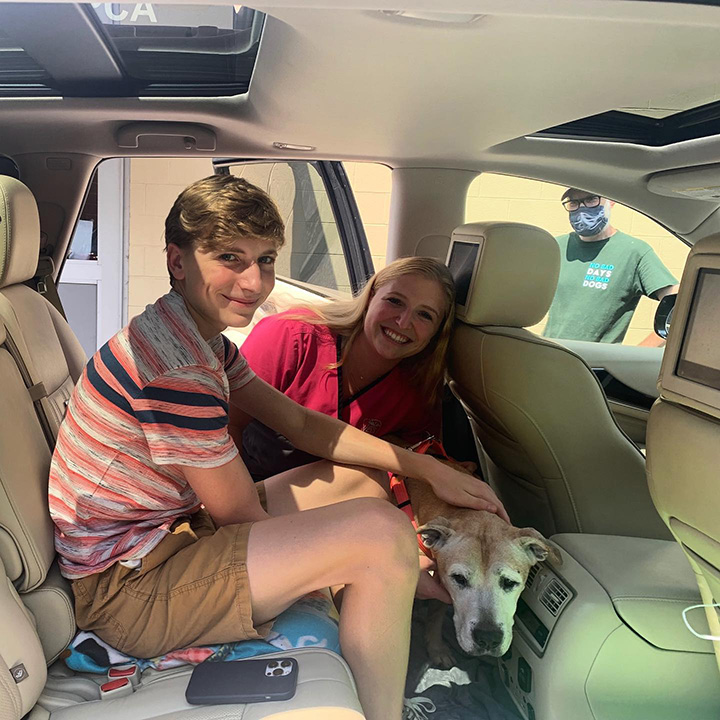 Netty is 15-years-old. She was adopted from the SPCA in 2010 and recently returned due to what the owners said was "incontinence".

"Our veterinary team put her on some medication, and she is doing wonderfully," the SPCA wrote in a social media post on August 7. "But, still, this old gal is sitting in a shelter in what could be her final days. We don’t want that for her. So, we are looking for a home where she can spend whatever time she has left."

The post was shared by nearly 5,000 people, and two days later, Netty was adopted.

"She's heading home with 3 senior dog siblings and her mom is a vet tech! We can't thank everyone enough for spreading the word to help make this happen, and especially to Netty's family for giving her the best final days," the SPCA wrote in a post on August 9.

Netty was adopted by Amy Kidd and her husband, who have three children, three dogs and six cats.

"Our ultimate goal is to love and spoil her every day she has left. We know we don't have years left with her, but she will be treated like the queen she is from now on," Kidd told Newsweek.

"As a small-animal veterinarian, I see the needs of senior pets on a daily basis. The puppies and the kittens are always adopted, leaving the puppy mill moms, adult pets, and seniors to be euthanized," she said.