A senior pit bull whose days are numbered is getting the most out of life after he was brought to the Niagara SPCA three weeks ago. 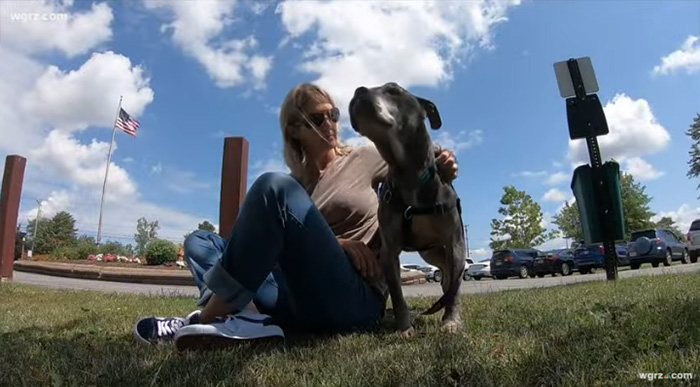 Lloyd, a 12-year-old pit bull, was brought to the Niagara SPCA after police found him wandering the streets.

"We identified a tumor that we believe is cancerous. He's also in end stage kidney failure," said Amy Lewis, executive director of the shelter.

"Despite his ailments he loves life. He loves people. He’s really great with other animals and he’s become quite well-known," she said.

So, Lewis decided Lloyd should live out his last days -- which could be anywhere from three weeks to three months -- with a bucket list.

She posted about it on the SPCA's Facebook page and community members have been jumping at the opportunity to get Lloyd out of the shelter so he can just be a dog.

For the last two weeks, Lloyd has been treated to a barrage of bucket list items, including eating at Lloyd's Tacos in Buffalo, hanging out with penguins at the Aquarium at Niagara, visiting Lilly Dale and taking in Jaguar Land Rover Buffalo. He's also visited local parks, beaches and pools.

The Lockport Fire Department even swore Lloyd in as an honorary firefighter.

According to Lewis, Lloyd is completely booked up through August.

"I'm super grateful to our community for showing Lloyd so much love," she said.

"We want to make whatever time he has left amazing."