A woman in Kentucky decided to pay it forward after winning an instant play jackpot. 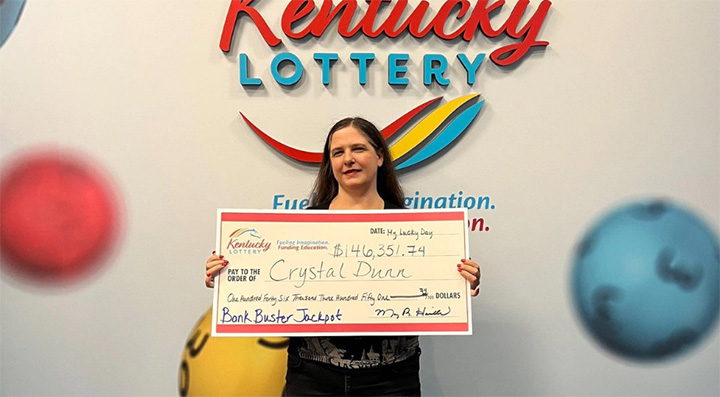 Crystal Dunn made a $20 wager playing the Bank Buster Jackpot Instant Play game online an won $146,351, according to the Kentucky Lottery.

Dunn was in awe and didn't believe it at first. It wasn't until she received an email from lottery officials confirming the win that she knew it was real.

"It's a pretty exciting feeling. I never thought I would win something like this, but this goes to show it can happen," she said.

After claiming her prize, she went to a grocery store in the area and bought $2,000 in gift cards to give to random strangers in the store.

"A few were taken back, thinking I was wanting something in return," Dunn said.

Dunn told lottery officials she believes in paying it forward and wanted to pass along her good fortune.

"I've worked hard for everything I've had. This is a pretty amazing gift," she said.

Dunn plans to use the rest of her winnings on things she was already working toward, like buying a car and paying off bills.