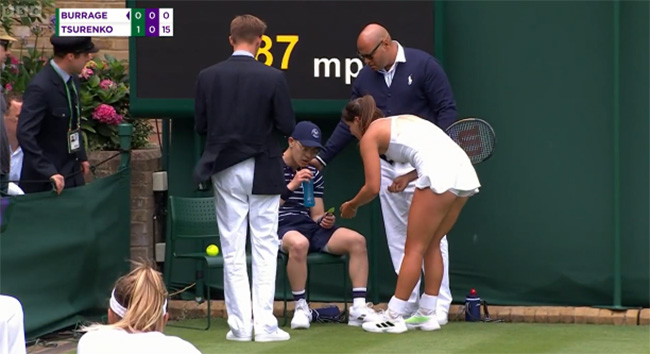 Burrage, 23, first rushed over to make sure he was okay, then collected drinks and snacks from her bag to give to him.

The match was stopped for about 10 minutes before the ball boy was helped off the court.

"I just reacted how I think anyone would. He was not in a good spot," Burrage told the AP. "I just tried to help him out as much as possible."

Burrage lost the match against Tsurenko, but she has won many new fans.

She will return to the tournament to compete in doubles later this week.