A 5-year-old girl in Weymouth, England, has been awarded the title of world's youngest published author by Guinness World Records. 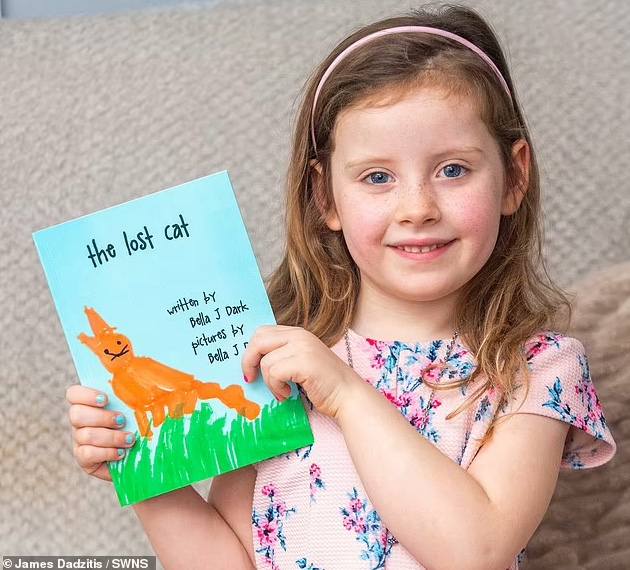 Bella-Jay Dark surprised her family last year when she told them she was going to write a book. Her parents thought it was just "one of those things" children say.

Except she was serious, and her book The Lost Cat has been officially published by Ginger Fyre Press.

In order to be eligible for this Guinness World Records title, the book must be published by a commercial publishing house and at least 1,000 copies must be printed and sold.

Guinness World Records confirmed that at the age of 5 years 211 days, Bella is the world's youngest person to publish a book. The record was previously held by Dorothy Straight who was six years old when her book How the World Began was published in August 1964. 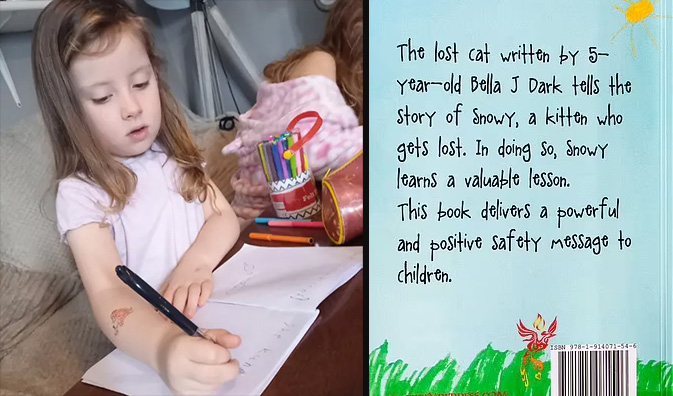 Bella revealed that she got the idea for The Lost Cat from one of her drawings.

"It started off as a picture. My daddy said I could make a book and a story came from the picture," she told GWR.

They went to a book fair and someone there said they wanted to publish it.

According to her mother, Chelsie Syme, Bella has always had a great imagination and has been writing short stories "from as young as three."

"We are just so proud of Bella and honestly can't believe how amazing this is," Syme said. "We're also so grateful of the support and acknowledgment she has already received so far and she deserves this so much. She has always thrived off positivity from people - she just loves reading and drawing."

Bella also illustrated the book all by herself, with the exception of one picture at the end drawn by sister Lacie May.