A photo from a traffic stop in North Carolina has restored faith in humanity for many people.

"It was a really beautiful moment for me to see this take place between my dad and the officer," said Ashlye V. Wilkerson. 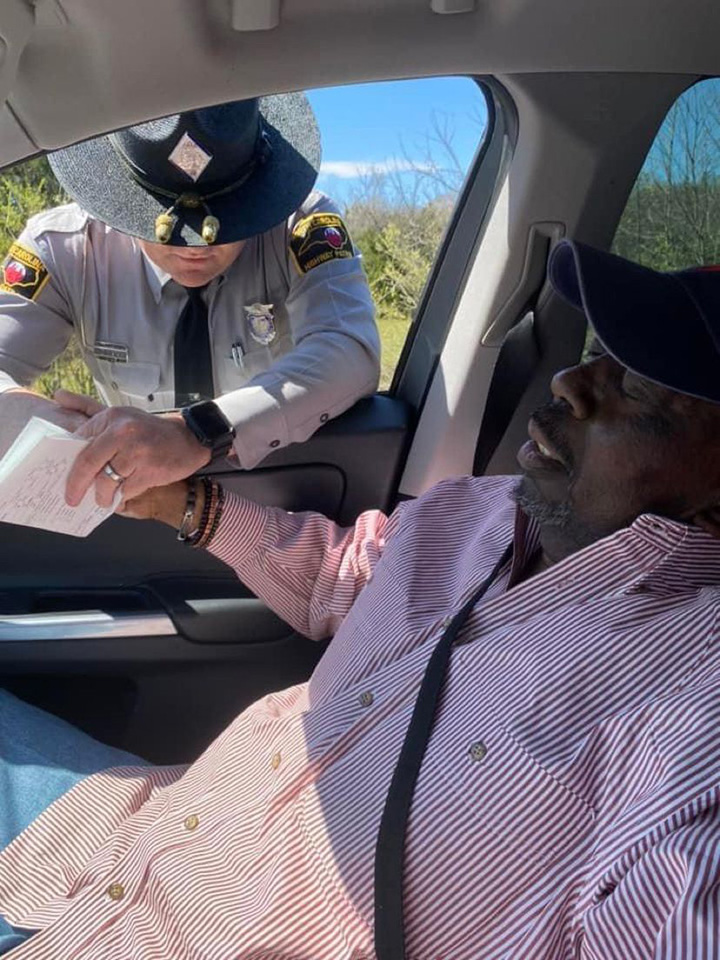 Wilkerson, 39, was driving her father, Anthony "Tony" Geddis, who had just completed a round of chemotherapy treatments at Duke University Medical Center, back to his home in Columbia, South Carolina.

"We heard a siren and saw a blue light coming behind us. I immediately looked down and to the sign on my right to see what speed I was doing and the speed limit. I then realized that the speed limit changed from what I was previously going by," she said.

Her father had already rolled the window down by the time the trooper reached the car.

"Ma'm, do you know what speed you were doing?" Trooper Jaret Doty said after introducing himself. "I'm going to need your license and registration."

Her father was quick to defend his daughter, as he always did.

"This is my baby girl," he told Doty. "She's driving me home from a chemo treatment at the cancer center at Duke." 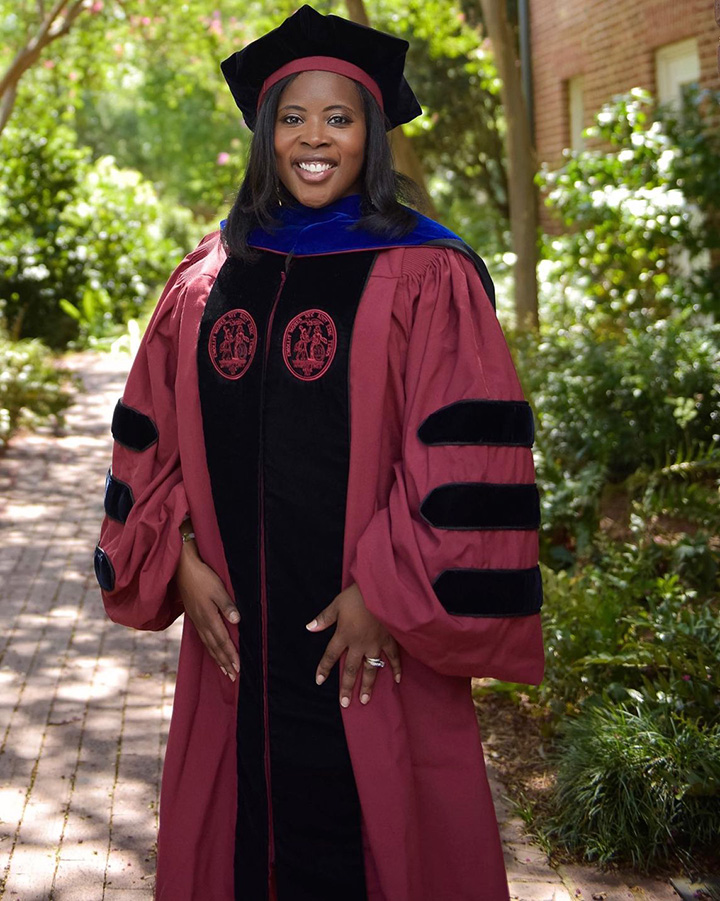 Doty returned to his patrol car to review Wilkerson's information. He knew he wasn't going to give Wilkerson a speeding ticket, but wondered if there was something else he could do.

Doty finally walked back over to Wilkerson's car and turned to Geddis, "Can I pray for you?"

"Of course. I absolutely believe in prayer," Geddis replied.

Doty prayed over Geddis. He gave Wilkerson a warning ticket and said that he would continue to pray for their family. 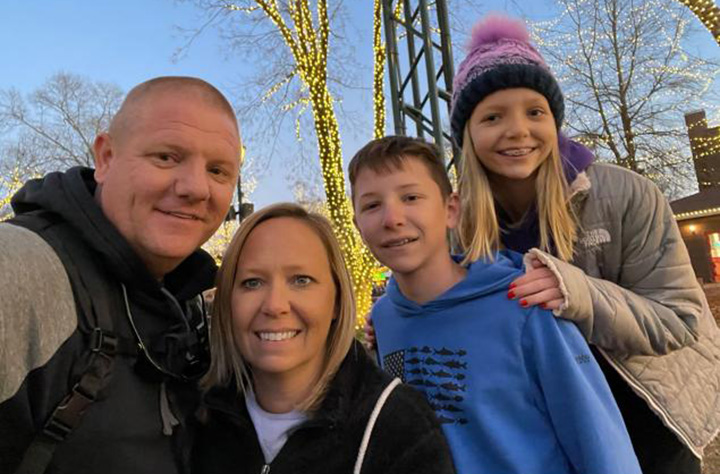 Jaret Doty with his family / CNN

She posted a tribute to her father on LinkedIn, written as if she were talking directly to him. She included the photo of the traffic stop, even though she did not know the name of the state trooper.

"You didn't know I captured this picture in the moment but I did it so it could continue to remind me of two things:

1- You always protected me even through your final days; and
2- You were a fighter, firm believer in Christ, and a praying warrior.

I'm so grateful for your love, guidance, and example. Heartfelt thanks to this officer who prayed for and with you that day."

And Wilkerson has more than a photo to mark that encounter. During the prayer, Doty pressed a small silver cross into her father's hand. Her father kept it on his dresser until the day he died.

"My mom gave it to me after he passed," Wilkerson told CNN. Now she keeps it on her dresser. 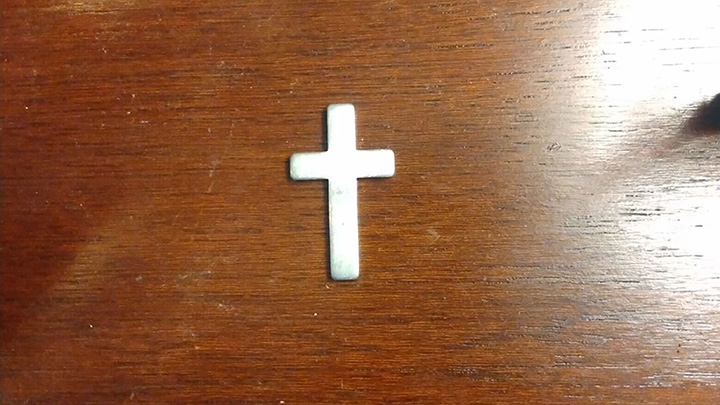 Wilkerson concluded her post with the hashtags #daddysgirlforever, #daddygirl, and #myfavorite.

Even though she's all grown up and married with kids, she always called herself a "Daddy's girl."

"My father was my favorite person in the world," she said.