Police officers in Savannah, Georgia, helped two boys rescue a kitten that was trapped in a storm drain. 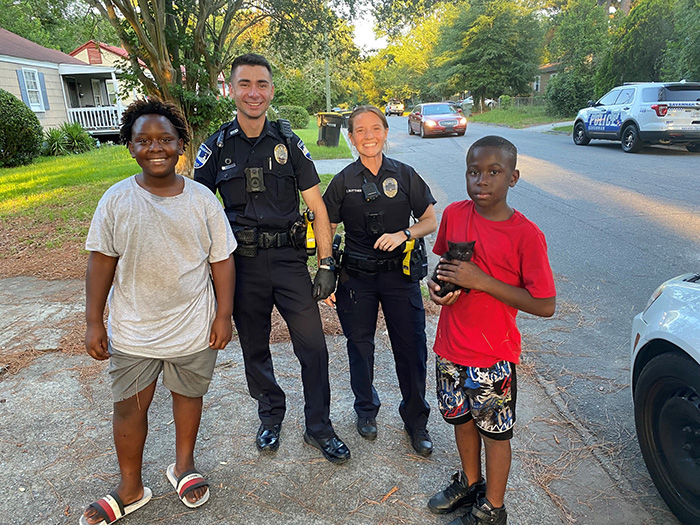 The two boys, Tavarius and Omari, found the frightened kitten stuck in a storm drain. He was meowing for help. Unable to rescue him on their own, they called the Savannah Police Department for assistance.

"Determined to rescue anyone in trouble, the two officers and two boys put their heads together and concocted a rescue plan. They tried a rake but that didn't work. With the aid of another officer, they were able to pull up the manhole cover, causing the 'fraid little kit-kit to run," the department said in a Facebook post. 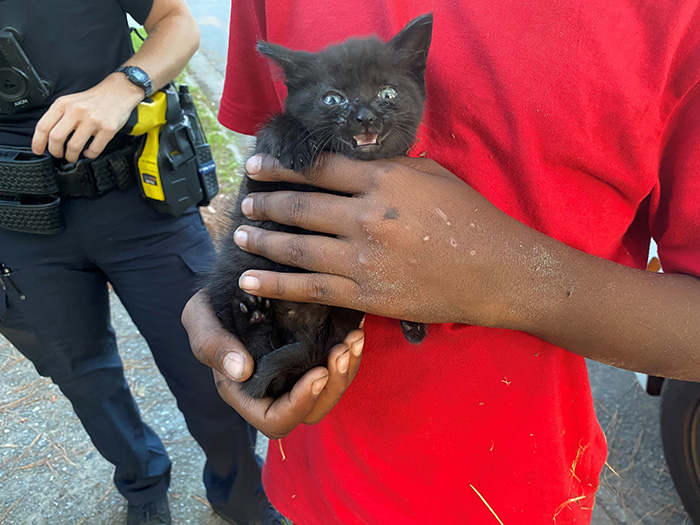 The kitten was eventually captured, appropriately given the name "Stormy" and adopted by Tavarius.

"Tavarius fell in love with the little kitty and adopted him, promising to give kitty a stern talking to about the dangers of storm drains, cars and remind him of the old saying 'curiosity killed the cat'," the department said.

"We're not animal control, but we're happy to help when anyone -- human or animal -- needs our help. Good luck to Stormy!"

Watch police bodycam footage of the rescue below.