A man in Elkhorn City, Kentucky is being called a "local hero" after he rescued a neighbor from a burning car. 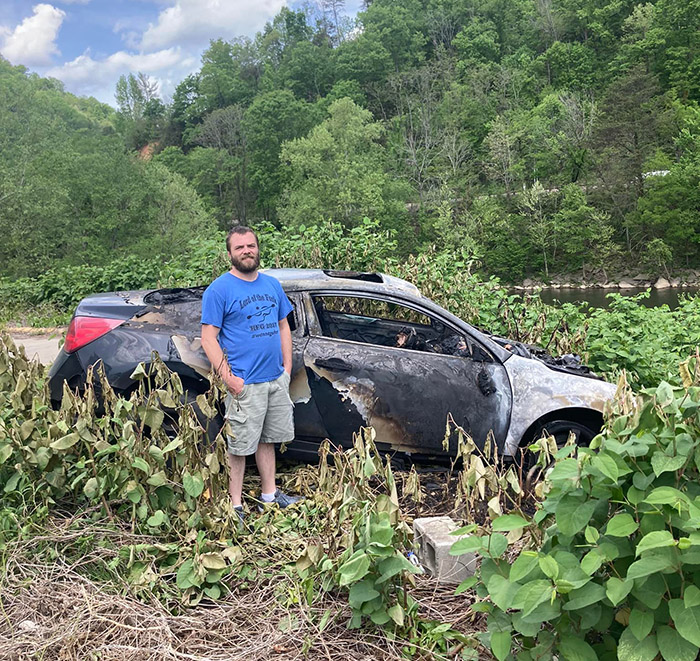 Justin Quesenberry said he hear a loud explosion and walked out of his home to see a car, nearing the edge of a hillside, engulfed in flames.

As neighbors gathered around, they called for help, waiting for assistance but sure that whoever was in the vehicle was dead, since they were unable to see through the wall of smoke or get close to the heat.

"The windows were up for so long, I just knew whoever was in there had suffocated," said Quesenberry.

Once the windows were busted, however, a tunnel of air made its way through the front seat, showing the driver to be alive.

"I seen a human moving. I mean it was just like a weight lifted off of my shoulders, that I knew there was somebody to save," said Quesenberry. 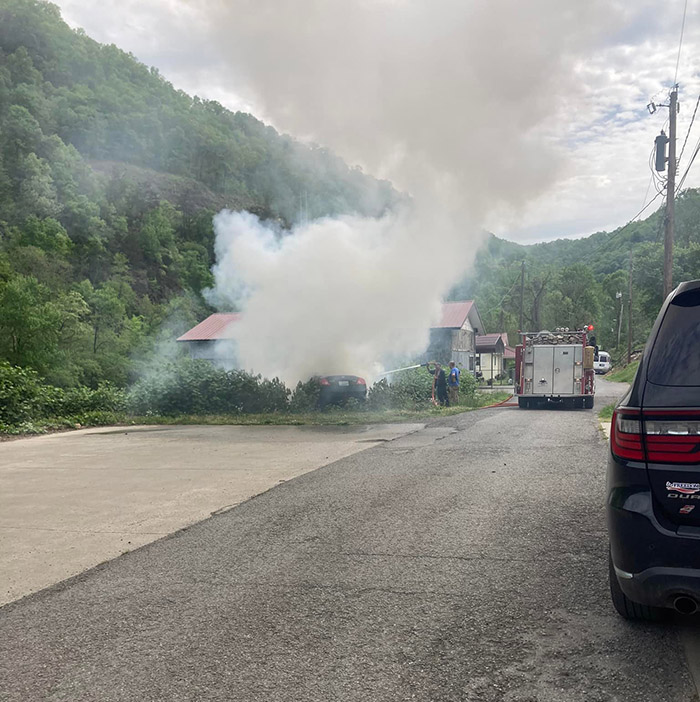 Without hesitation, he fought through the fire, pulling the man out of the passenger side window of the car and onto the ground nearby.

"And I said, 'Hurry, come to me.' I said, 'you're on fire! Get out of the car.' And he didn't have any energy and he just fell down in the passenger seat," he said. "So I reached over inside, under his arms, and I pulled him up out of the car."

Moments later, with the driver safely out, the flames grew brighter and the smoke darker before the fire department got to the scene and extinguished the situation.

"You can't think. You have to act. Because every moment that you're stuttering and thinking- and if you get scared and let fear take you over- every bit of those seconds is taken away from that person's life," said Quesenberry.

The driver of the car was taken to the hospital, but officials say he is now recovering from home — something they say would not be possible if not for Quesenberry.