A chihuahua in Florida named TobyKeith has been confirmed as the world's oldest living dog. 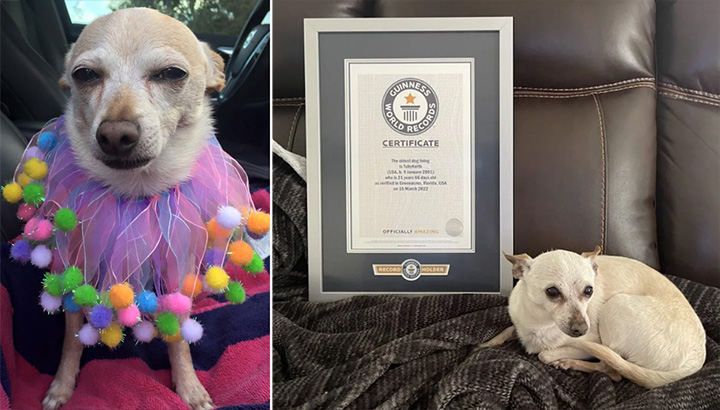 Shore adopted him from an animal shelter when he was just a few months old.

"I was a volunteer at Peggy Adams Animal Rescue and one of the employees told me about an elderly couple trying to surrender a puppy because they could not take care of him any longer," said Gisela.

"I met with the elderly couple and I was introduced to a tiny tan Chihuahua. They had named him Peanut Butter. I later changed his name to TobyKeith."

TobyKeith's day consists of a morning walk, then his favorite snack: a slice of turkey. He goes on a few more short walks and lies next to Shore while she is working.