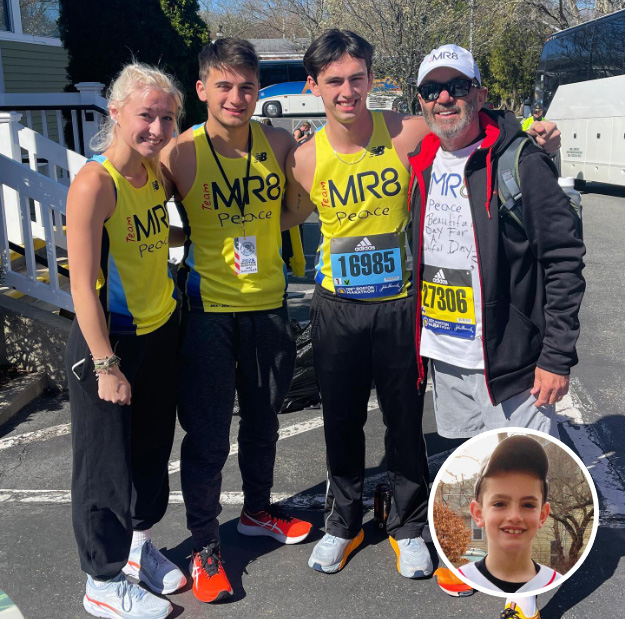 Henry Richard, 20, was emotional as he completed his first Boston Marathon on Monday. He was 10 years old when his 8-year-old brother Martin was killed and his sister Jane lost her left leg in the bombing.

Henry's parents and sister Jane were there to meet him with hugs at the finish line.

"It meant the world to me that they were here waiting," Henry said.

Henry ran with Team MR8, to raise money for the Martin Richard Foundation, which promotes inclusion, kindness, and peace in Martin's legacy.

Meb Keflezighi, the 2014 Boston Marathon winner, was there to give Henry his medal.

"It's great to get here finally. It's been years in the making for me so I'm just so happy I could finally be here," Henry said. "I know Martin would have been doing it with me — so happy to finish it, that's all I can think about."