A sheriff's deputy in Colorado bravely put himself in harms way for the safety of other drivers. 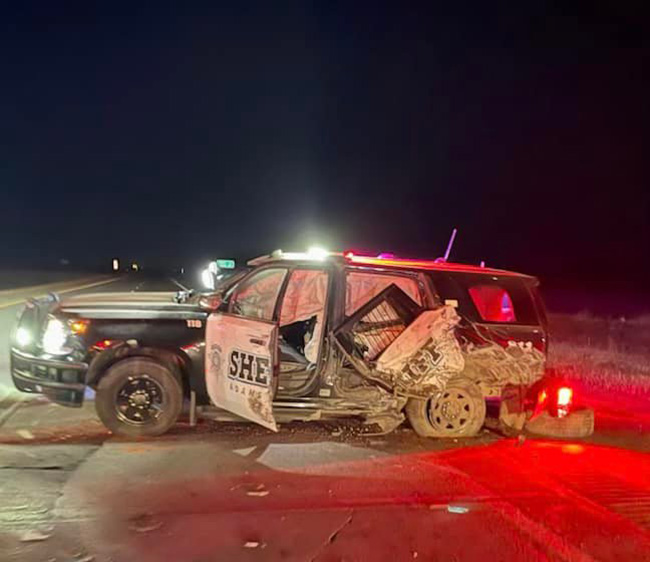 The Adams County Sheriff's Office shared photos of the damage caused by a driver going the wrong way on the interstate.

"Just after 11 PM last night we received a request from Colorado State Patrol for emergent assistance for a wrong way driver on I-70 at mile marker 328. The driver was headed westbound in the eastbound lanes at highway speeds and could potentially cause a collision," authorities said.

"One deputy bravely put himself and his vehicle in harms way ahead of the stopped vehicles to intercept the incoming vehicle and allowed himself to be struck so the other vehicles would not be hit." 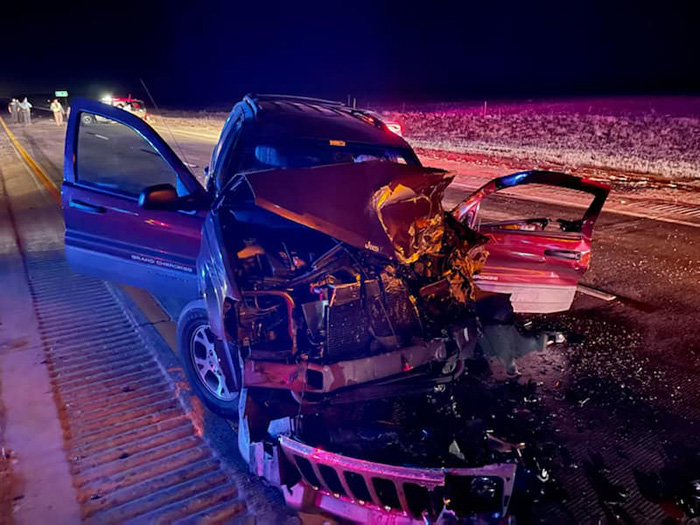 The impact pushed both vehicles over 140 feet and into the front of a stopped semi-truck. Thankfully neither the deputy, the driver, nor anyone else on the interstate suffered any major injuries.

"There is no doubt that without the deputy's quick action and bravery several vehicles would have been struck at high speeds and lives would have been lost," the Adams County Sheriff's Office said in a Facebook post.

"Amazing !!!!!! This deputy no doubt put his life on the line to protect others. What an amazing act of bravery!" one user commented on the post.

"Oh my goodness. This is what I am talking about. We hear so much about what officers do that is wrong, BUT THIS.. RIGHT HERE needs to be shared. The brave and the good and the selfless thoughts to save others. Thank you from the bottom of my heart. Prayers for him... and his fellow officers," another wrote.