A woman in Iowa has received fire department T-shirts from all 50 states and beyond to make her father a special birthday gift. 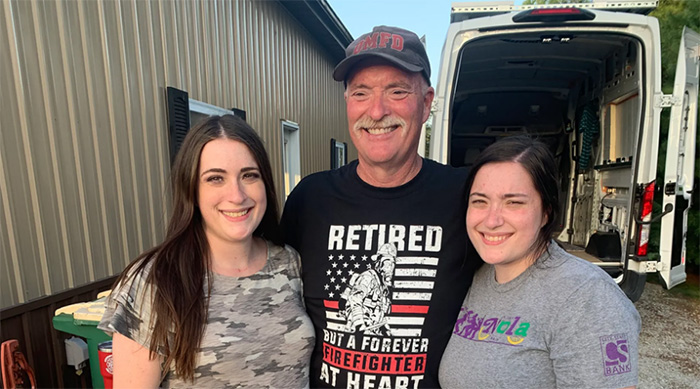 Alli Marois, 23, posted a video on TikTok asking for help for her project. Her father had recently retired from the Des Moines Fire Department and his 61st birthday is coming up in August.

She explained (below) that she wanted to make a quilt from shirts featuring logos of fire stations all across the U.S.

"He really is passionate being a firefighter. That's the one thing that he's loved. If someone was born to do something, my dad was born to be a firefighter," Marois said. "My dad is one of my number one supporters and he ... he is really one of the best men in my life and I wouldn't trade him for anything."

Marois told CNN throughout her childhood, whenever her family traveled, her father would get a T-shirt from the local fire department. Since he hasn't had the chance to visit all 50 states, she realized the quilt would be a "great gift."

So Marois turned to TikTok for help to make her dream gift a reality.

Marois has since received T-shirts from all 50 states — plus more!

She has 100 shirts and counting, including a few from overseas fire departments in Iraq and Afghanistan. Along with the shirts, she's received handwritten letters from firefighters. 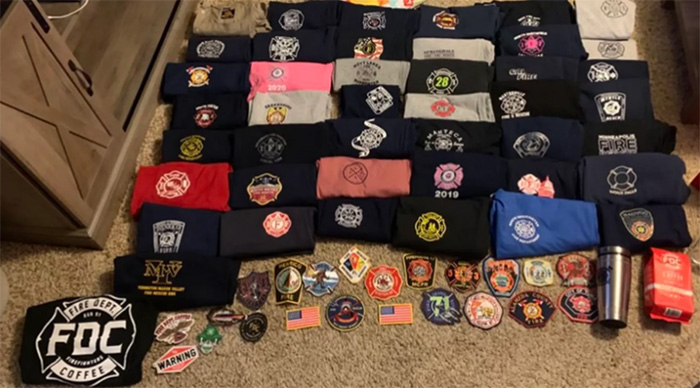 In her latest video update, Marois says she is in the process of cutting shirts to make the quilt. She added that she will post a reveal video when the quilt is finished and presented to her father.

Marois says it has been a "heartwarming" and "very humbling experience."

"As soon as all of these shirts started to come in, I got very emotional because [people are] helping someone they don't even know," she said. "They've never met me, they've never even talked to me."