Kansas City Chiefs' fans have taken a page from the Bills Mafia playbook by donating to a Buffalo children's hospital after their dramatic playoff win over the Bills. 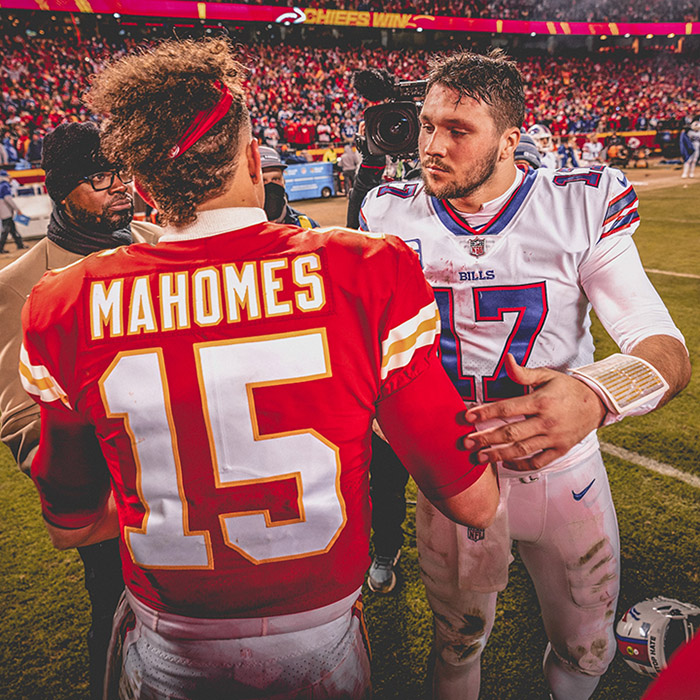 As of Thursday morning, more than 15,500 Chiefs fans have combined to donate more than $304,000 to the John R. Oishei Children's Hospital to show respect to Bills quarterback Josh Allen.

Allen had a passer rating of 136.0, threw four touchdowns, including two inside the two-minute warning to give his team the lead with just 13 seconds left in regulation. But depsite his best efforts, the Chiefs were able to send the game into overtime with a field goal. Allen didn't get to touch the ball in overtime because the Chiefs won the coin toss and scored a touchdown on the opening drive.

"It's certainly bittersweet with the game," said Andrew Bennett, the vice president of the Children's Hospital of Buffalo Foundation, the medical facility's philanthropic arm, "but the generosity of fans toward Josh is just absolutely remarkable. We're incredibly grateful for this impactful support. It's a great sign of sportsmanship and integrity, watching how fans have reacted to this. It's another huge win for the kids that we're helping out, day in and day out here in Western New York."

Much respect to #BillsMafia from #ChiefsKingdom pic.twitter.com/FfxwQ1164T

The donations from Chiefs fans are reminiscent of Bills fans donating to opposing teams' organizations.

In 2018, Bills fans donated $442,000 to the Andy and Jordan Dalton Foundation after the then-Cincinnati Bengals quarterback threw a last-minute touchdown to defeat the Baltimore Ravens and end the Bills' 17-year playoff drought.

In 2021, Bills fans donated $553,000 to Lamar Jackson's favorite charity Blessings in a Backpack after the Ravens quarterback was concussed in the Bills' divisional round playoff victory.