A six-year-old Scottish girl has taken her first steps even though doctors said she would spend her life in a wheelchair. 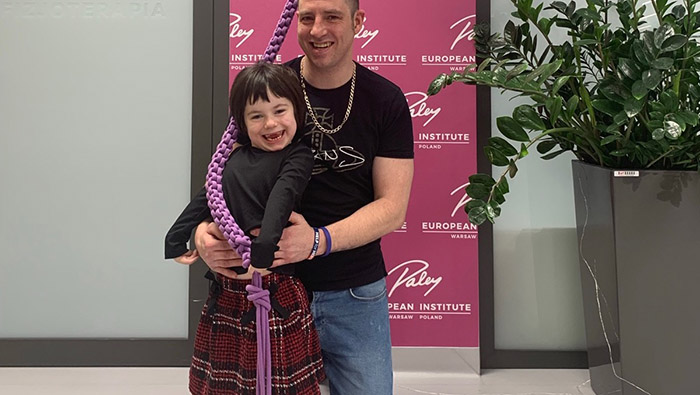 Arabella was born with Arthrogryposis Multiplex Congenita (AMC) affecting both her arms and legs, but when doctors in Scotland said there was nothing that could be done for Arabella, her mom Catherine refused to believe it and instead made it her mission to find a solution to help her daughter.

She reached out to Dr. David S. Feldman, an orthopedist based in Florida who treats AMC with surgery, and made an appointment with his team at the Paley European Institute in Warsaw, Poland.

"We all agreed she is a great candidate for surgery and can gain motion in her legs, which gave great hope to Arabella and her mom," Dr. Feldman said.

But unfortunately, when Catherine returned to Scotland to meet with NHS Lothian doctors, they said there was nothing that could be done and the surgery wasn't suitable for Arabella.

"They said 'you need to be realistic and think about how you can improve Arabella's life in a wheelchair'," Arabella's father, William, told STV.

"On hearing that, as any mother, it dashed Cat’s hopes so much... Two months later, she took her own life on March 16."

William has been on a mission ever since to help his daughter walk again. He launched a crowdfunding page to raise £125,000 for the surgery, which was reduced to £50,000 after Dr. Feldman heard about the family's plight.

Arriving in October 2021 and remaining there over Christmas, Arabella underwent 12 weeks of intensive rehabilitation and physiotherapy with the dedicated nurses as she built up her muscles and learned to walk.

She will return to Warsaw next month for a second operation and a further six weeks of physiotherapy. 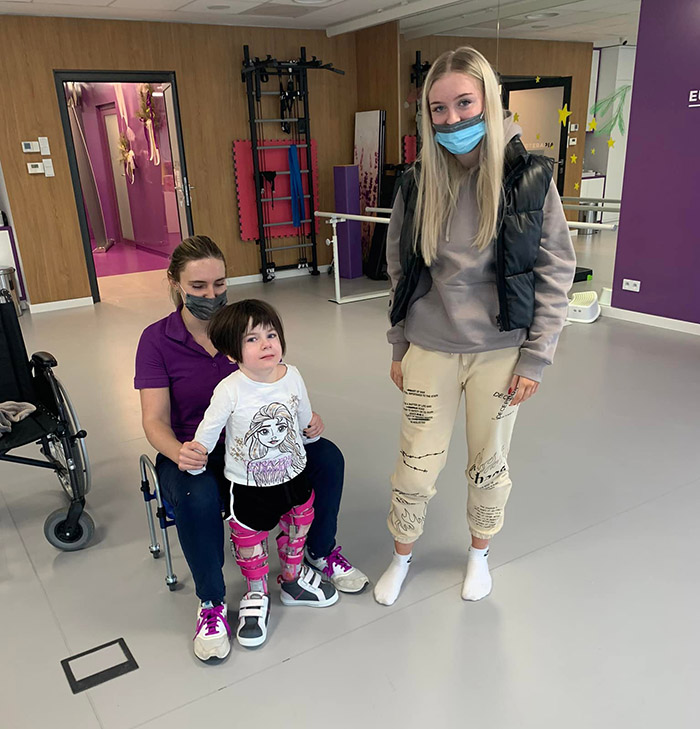 "I thank everyone who has supported and donated to help my daughter. She has defied all odds and deserves a medal for the pain she’s endured," William said.

He also thanked Dr. Feldman for helping his daughter when no one else would.

"Thank you for everything you have done for my daughter, you are a miracle man," he said. "You have changed my daughter's life forever. You have proved the doctors in Scotland wrong, I know her mum will be looking down so proud of you and her daughter, I just wish she was still alive to share this experience. You are my hero."