Last week, one thousand fin whales were seen swimming in the same seas in which they were driven to near-extinction last century due to whaling. 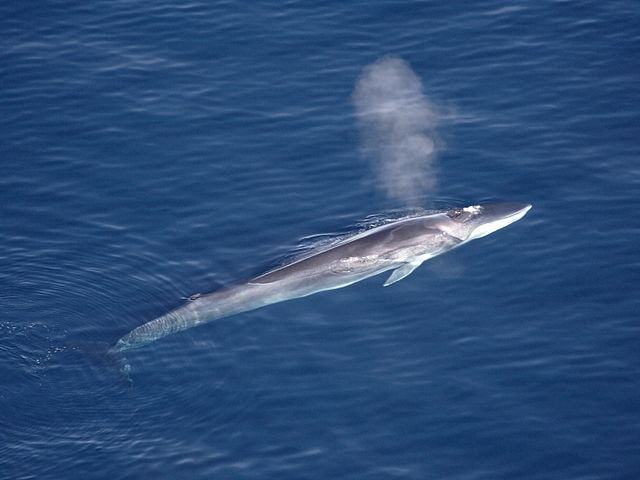 The fin whale is the second largest animal to ever live, in the entire history of Earth. Reaching lengths of at least 85 feet and weights of 80 tons, this species is second only to its close relative, the blue whale.

The vast assembly seen last week was spread over a five-mile area near the South Orkney islands -- a group of islands in the Southern Ocean, about 400 miles north-east of the tip of the Antarctic Peninsula.

"We were about 15 miles north of Coronation Island," Ryan said, with "four large krill fishing vessels working the same area".

Ryan believes it may be one of the largest aggregations of fin whales ever documented.

The fin whale is listed on both Appendix I and Appendix II of the Convention on the Conservation of Migratory Species of Wild Animals (CMS). It is listed on Appendix I as this species has been categorized as in danger of extinction throughout all or a significant proportion of its range.