A hockey fan helped the assistant equipment manager of the Vancouver Canucks identify a cancerous mole on his neck in the middle of a game. 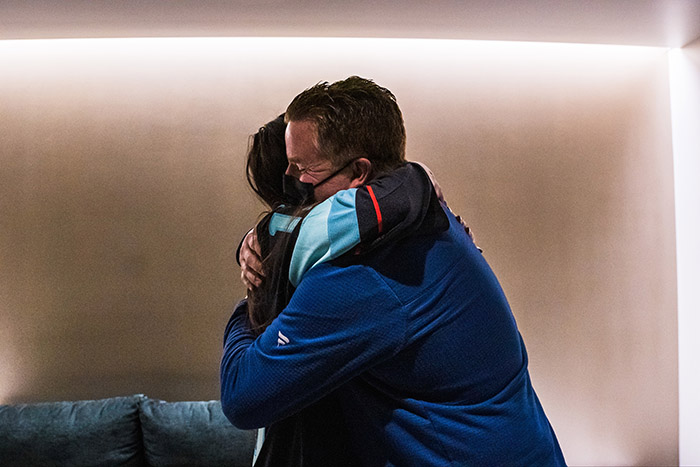 Last October, 22-year-old Nadia Popovici was attending the Seattle Kraken game against the Vancouver Canucks in Seattle. She was sitting behind the Canucks bench that day when she noticed an irregularly shaped mole on the back of staffer Brian Hamilton's neck.

Popovici, who is going to medical school next year, said the mole caught her eye as Hamilton walked across the bench between periods.

"I spotted some of the classic signs, you know, irregular borders, a little bit of discoloration and a pretty large diameter," Popovici told CBC News.

"I thought, you know, it can't hurt just to say something."

Hamilton was in the middle of moving equipment in between periods when he noticed Popovici pressing her phone against the plexiglass. The message on her phone was written in a large font and expressed her concern about the mole.

Though Hamilton says he initially brushed off the note, he later had the team doctor check it out and discovered it was a malignant melanoma that could have had life-threatening consequences if it was left untreated.

"She saved my life," he said during a news conference on Saturday. "She didn't take me out of a burning car, like in the big stories, but she took me out of a slow fire."

Hamilton and the Canucks were determined to find Popovici. So, they posted a letter on social media.

It took about an hour to find her. 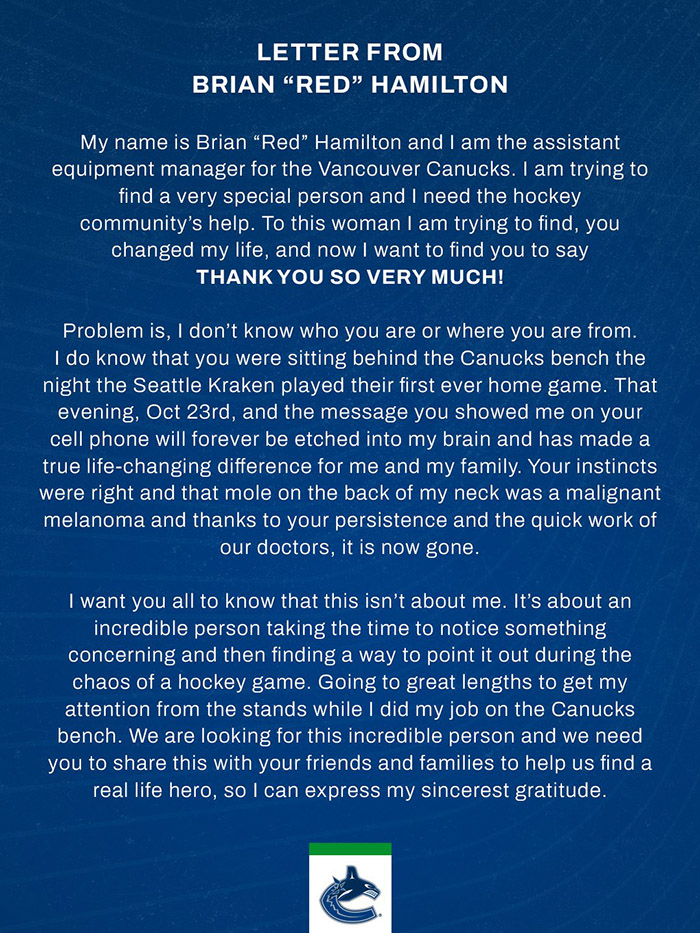 Popovici attended Seattle's home game against the Canucks on Saturday and met Hamilton. The two shared a hug that was later broadcast on the jumbotron.

During the game, the Kraken and Canucks announced that the two teams would be giving Popovici $10,000 to go toward her medical school funding.

The internet community helped us find Brian's hero, Nadia, and tonight they met in person where he got to express his sincerest thank you to her for saving his life.

A story of human compassion at its finest. pic.twitter.com/66ogo5hB1a