On Christmas Eve, a dozen elk were freezing to death in the Kettle River south of Barstow, in Ferry County, Washington. 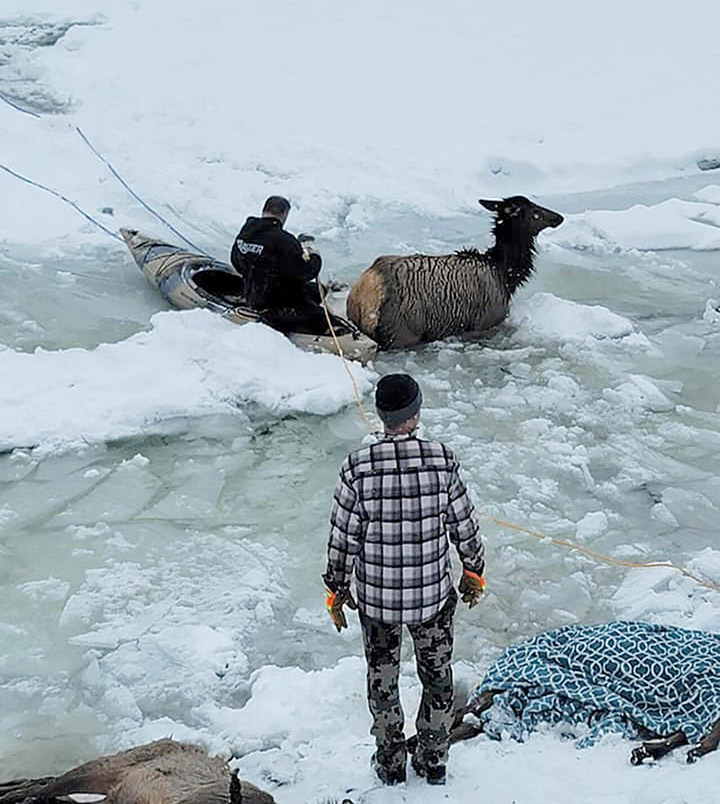 Jeff Stuart and Jordan Fish were out coyote hunting when they saw cows and calves that had fallen through the ice and gotten trapped. About 40 elk stood on the far side of the river. They'd either crossed successfully or opted against it when they saw what happened to the first 12.

Jeff called his wife, Rylee Stuart, to let her know he was going to get some rope in Barstow, then head out onto the ice to try and pull the struggling animals out. 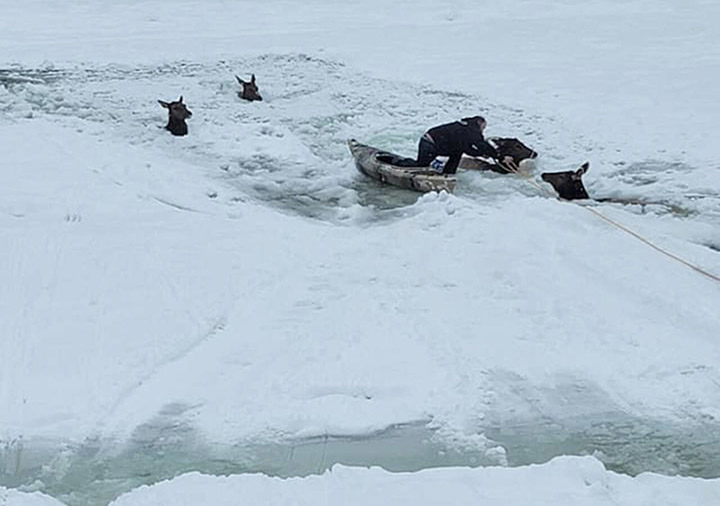 Rylee drove to the river with her mom and kids and, by the end of the day, more than two dozen people helped pull the elk out, cover them in blankets and warm them by a fire.

"You had to hook these cows, and then you had to try and unhook them once they got to the bank, without getting … kicked," Rylee told The Spokesman-Review. "It wasn't necessarily the easiest task."

One rescuer broke his hand, another fell into the freezing water, and one was kicked in the back of the head by an elk.

Rylee said they tried to get professionals to help them, but was told there weren't any officers available for an elk rescue. However, Fish and Wildlife District 1 Officer Severin Erickson later drove 2 hours from Newport to join the rescue effort.

When he arrived at the scene, Erickson saw something he described as "bizarre": Three elk, standing next to humans, eating alfalfa. Erickson said he expects hypothermia and shock temporarily made the animals less afraid of humans. 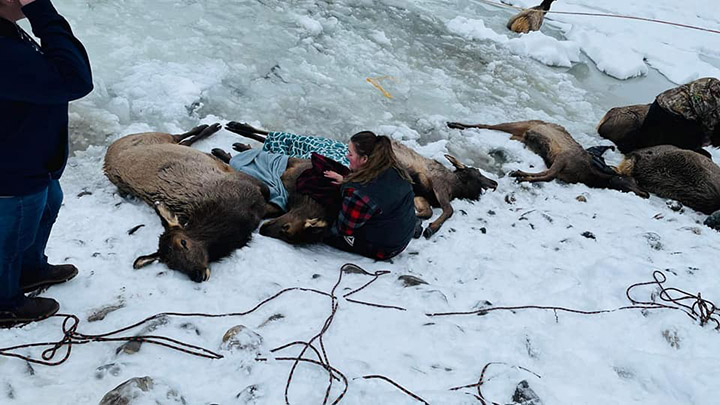 The rescue didn't end until after dark, at about 8 p.m. Ultimately, four calves and two cows died — members of the rescue team salvaged the meat with Fish and Wildlife's permission — while four cows and two calves survived.

Rylee said one of the elk was especially memorable. It was a calf, and when the team got her to the bank of the river, she couldn't stand. The rescuers covered her with blankets and brought her near the fire. They moved her legs.

For hours, it seemed like she was going to die. But she eventually managed to walk on her own. The rescuers named her "Lucky".

She said that even though no one planned on spending their Christmas Eve out in the cold, rescuing freezing elk from the river, it was an incredible experience for all involved.