A man in Zimbabwe saved eight passengers following a tragic accident that occurred along the Harare-Mutare Highway on Christmas Eve. 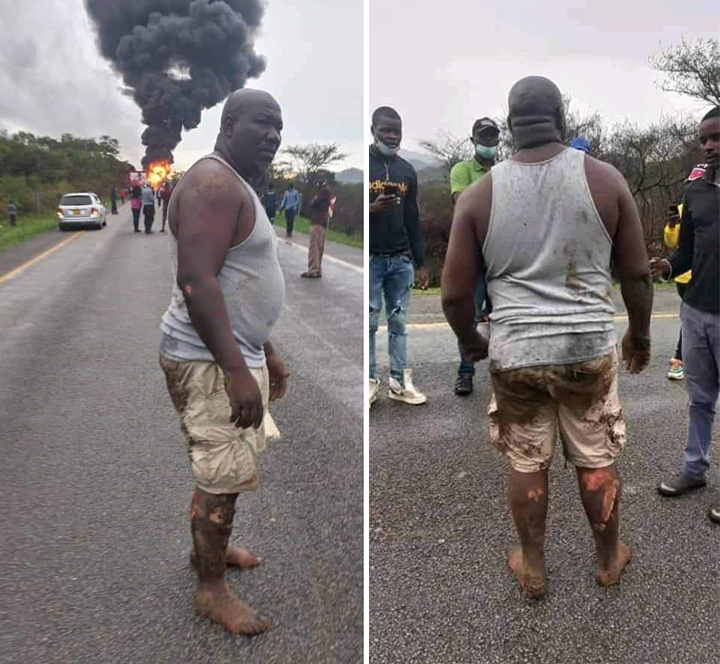 A fuel tanker collided with a bus carrying more than 60 passengers.

Truck driver Sirizani Butau was one of the first people on the scene and managed to save the lives of eight passengers who had been trapped inside the bus. He suffered third degree burns and is currently being treated at a Kadoma hospital.

Zimbabwe's President Emmerson Mnangagwa plans to honor him for his selfless act.

"Let me take this opportunity to appreciate Sirizani Butau who saved people from the Mutare accident. As government will honour him for his selfless sacrifice," Mnangagwa wrote in a Tweet.

Let me take this opportunity to appreciate Sirizani Butau who saved people from the Mutare Accident .As government we will honour him for his selfless sacrifice. pic.twitter.com/bb2qU6NvWO

Social media celebrated the heroics of Butau, whose photo while standing on the tarmac with visible burns, inspired many to raise money for his medical bills.

Butau's brother Trevor told NewsDay that his brother was overwhelmed by the love of Zimbabweans.

"At the moment he is unable to talk because he is being attended to by doctors, what we can say is he is overwhelmed by the kindness and love from across Zimbabwe, he never sought to be a hero and he does not feel like one," said Trevor.