Rod Stewart surprised a fan battling cancer over the weekend with a very special performance. 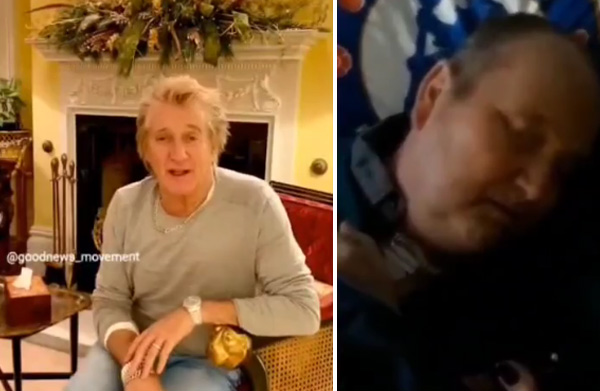 Gary is currently being treated for brain cancer. His niece Jenna did everything she could to get through to Rod Stewart on social media -- and her efforts paid off.

Stewart was asked if he would perform a song for Gary. He obliged and filmed a very special message for the cancer patient.

Choosing his 1977 hit "You're In My Heart", the short a cappella performance ends with Rod blowing kisses and wishing Gary a Merry Christmas.

"Gary, this is Rod Stewart here, all the way from London, England, where it's freezing cold. I hear you're in not-good health at the moment, and I also hear you're also a great fan of mine, so I'd like to do this little song for you," he said.

Sir Rod Stewart surprises & sings to Gary,a fan whose loving niece Jenna did everything to get through to the British star,all for her uncle with brain cancer.Good News Movement had the honor of connecting with Rod's family who immediately told us 'consider it done'
@rodstewart pic.twitter.com/RsJlWshZeq