A dog in Virginia jumped into action Thursday morning to warn a family of danger. 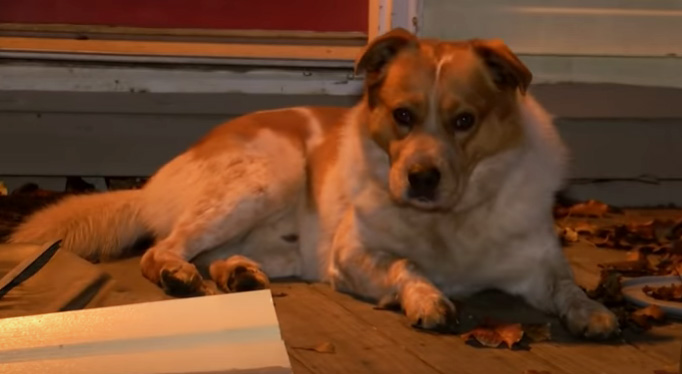 Charity Golloway and her two children were able to make it out of their residence without injury and call the Valley Volunteer Fire Department thanks to Butter, a stray dog that had taken a liking to their home.

Assuming the dog was a stray, Golloway made an outdoor shelter with an electric lamp for the canine.

The lamp Golloway was using to keep Butter warm had apparently caught fire, and his shelter was less than five feet away from their home.

In response, Butter ran outside of Galloway's bedroom window and started barking loudly.

"He knew something wasn't right and that someone needed to know," Golloway told WJHL. "He's a smart dog.

The barks woke up Golloway, who arose in time to hear the heat of the flames burst a window in her home.

"The flames just got big really fast," Golloway said. "It's overwhelming actually how fast it happened."

Golloway and her kids ran out of the house and were able to stop the fire before it grew larger. Thanks to Butter's quick thinking, no one was hurt.

When figherfighters arrived, Butter was there to greet them.

"It was a really nice dog," said firefighter Justin Stidham. "It came up and played with all of us. I was sitting there petting it. It was just nice as it could be."

A photo of Stidham with Butter went viral on Facebook. That's when Golloway learned Butter was not actually Butter. 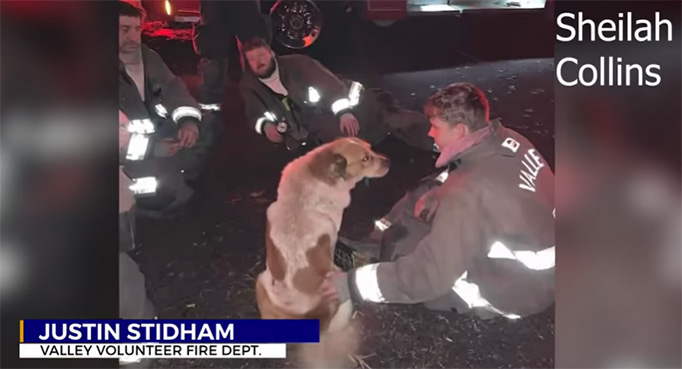 The dog's original owners recognized Butter as Cooper, who had run away from home over the summer. Golloway and the owners communicated and verified that it was, in fact, Cooper.

"He's going to be leaving us and that makes me want to cry, but I'm happy for him," Golloway said. "We will be staying in touch."

Golloway said she plans to give Cooper, the dog she knows as Butter, a steak before he leaves for his good deed.