A Massachusetts man recovering from open-heart surgery won a $1 million lottery prize given to him by a friend in a get-well card. 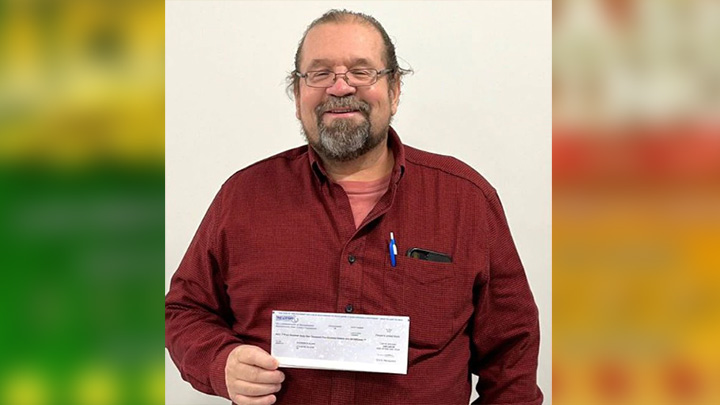 As McLeish scratched off the first three letters on the crossword lottery ticket, his first glimpse of good luck was revealing his initials: A, W and M. As he continued matching letters to words on the lottery ticket, for a game called $5,000,000 100X Cashword, he revealed the word "heart" on the bottom row of the puzzle.

McLeish ended up winning the second top prize for the game: $1 million.

"We double-checked it, triple-checked and quadruple-checked it because you want to make sure it’s real before you mention it to anybody," McLeish told the Boston Herald. "It was a little bit of disbelief at first, but then it settled in and it was like, 'Wow, I can’t believe this happened, you know?'"

According to the Massachusetts State Lottery, there are only 10 total prize winners for that amount on the $20 lottery ticket. The odds of McLeish winning $1 million were 1 in 1,008,000.

This is the second time Larry has gifted McLeish a lottery ticket that turned out to a be winner. The first time was for McLeish’s 60th birthday, and he won $1,000.

McLeish said he plans to give some of the money to his adult sons and some to Larry.