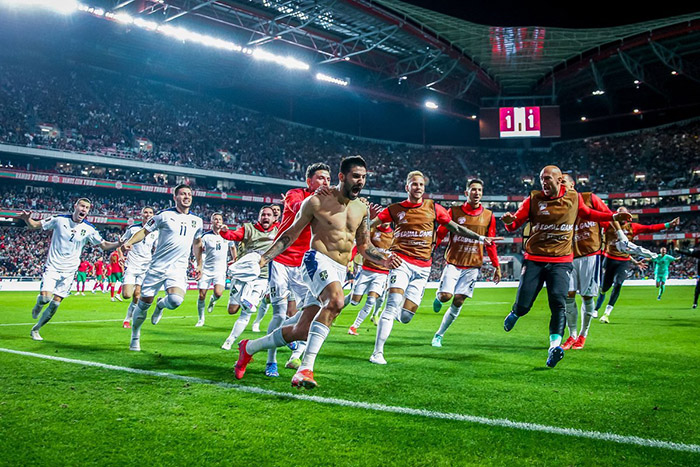 Serbia's soccer team was promised a gift of €1 million by President Aleksandar Vucic if they upset Portugal to qualify to the 2022 World Cup.

The Serbian soccer team defeated the Portuguese team 2-1 on Sunday in Lisbon.

"We came here to play football and having been the better side, we earned it all," striker Aleksandar Mitrovic told Serbia's Nova television.

"We are reaping the rewards of hard work and the belief that we would be able to defy the odds and beat Portugal. We are overjoyed, for our country and the people first and foremost."

Serbia's squad were promised a bonus of €1 million by president Aleksandar Vucic if they beat Portugal & secured direct qualification to the 2022 World Cup.

After beating Portugal in Lisbon, the players donated the money to help sick children with their treatments [@b92sport]. pic.twitter.com/aErRInxs7N

As soon as the national team returned home, the money was immediately transferred to the account of the Football Union of Serbia (FSS).

However, the players decided to donate the money "to those who need it more – sick children for their treatment."