A little girl in Western Australia who was reported missing 19 days ago has been found "alive and well" by local authorities. 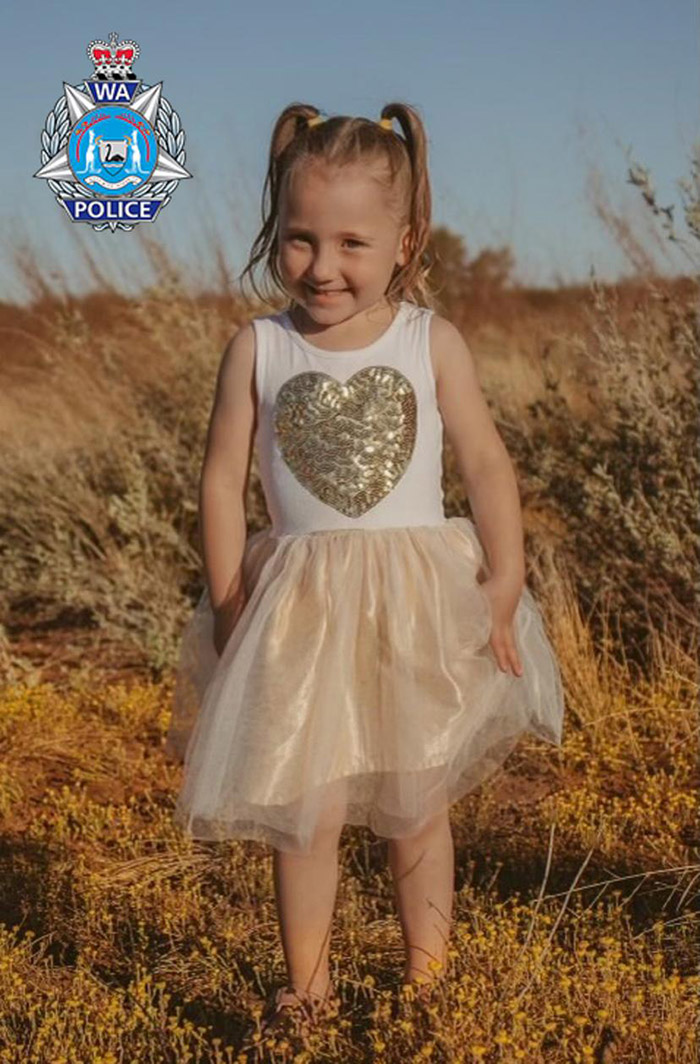 Four-year-old Cleo Smith disappeared on October 16 while camping with her family at the Blowholes campsite near Carnarvon.

Cleo's mother, Ellie, said she woke up that morning around 6am and the flap to the tent was open. Cleo and her sleeping bag were missing, leading authorities to believe Cleo had been abducted.

Police and volunteers searched for Cleo. The WA government offered a $1 million reward for information on her disappearance.

Ten days after she went missing, Cleo's parents made a heartbreaking plea for their daughter to be returned home.

"Whoever's watching, if the person who's watching this has Cleo, we want her home," Ellie said. "We want her to be home with our baby... We want her back in our arms."

Each day that went by felt like an eternity for Cleo's parents.

At about 1am on Wednesday, police broke into a locked house in Carnarvon and found Cleo.

"Cleo is alive and well," Deputy Commissioner Col Blanch said in a statement. "A police team broke their way into a locked house in Carnarvon about 1am. They found little Cleo in one of the rooms."