A giant owl that was thought to be extinct has been photographed in the wild for the first time in 150 years by scientists working in Ghana. 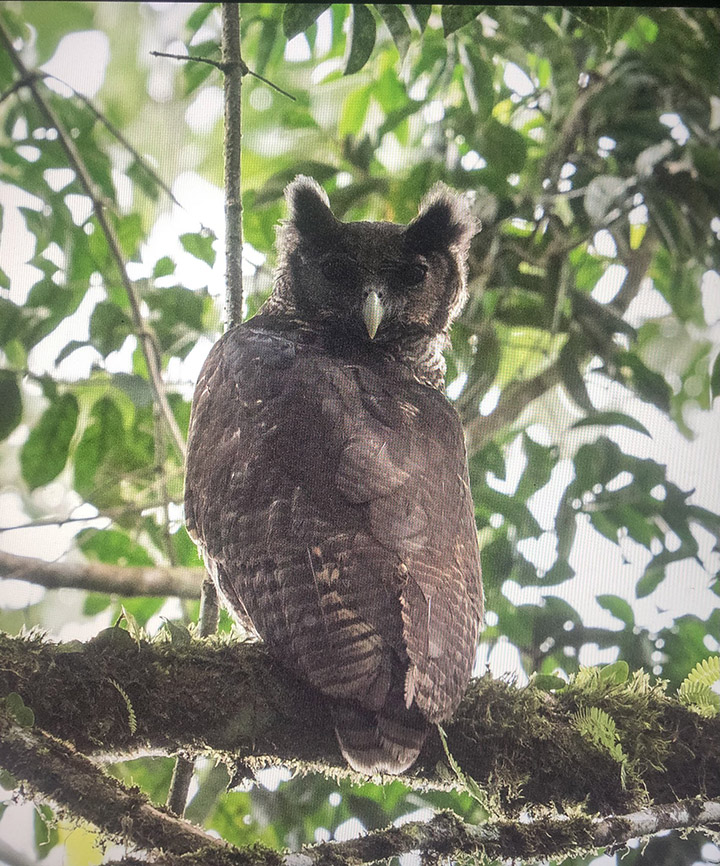 The Shelley's Eagle Owl was spotted by Rob Williams and Dr. Joseph Tobias on the Atewa ridge in Ghana.

It is the first confirmed sighting since the 1870s. The bird was first described in 1872 from a specimen obtained from a local hunter in Ghana.

Despite only seeing the bird for 10-15 seconds, Williams and Tobias managed to snap enough pictures to identify it.

Shelley's eagle-owls have distinctive black eyes, a yellow bill, and are huge in size, which in combination rule out all other African forest owls.

"It was so large, at first we thought it was an eagle," Tobias said. "Luckily it perched on a low branch and when we lifted our binoculars our jaws dropped. There is no other owl in Africa’s rainforests that big."

A few days ago, @ja_tobias and I found and photographed Shelley’s Eagle-Owl on the Atewa ridge in Ghana. First modern documented record for Ghana and first field photo of the species. pic.twitter.com/9CpY9ZqiNB