A 3-year-old boy in Texas who has been missing since Wednesday has been found alive. 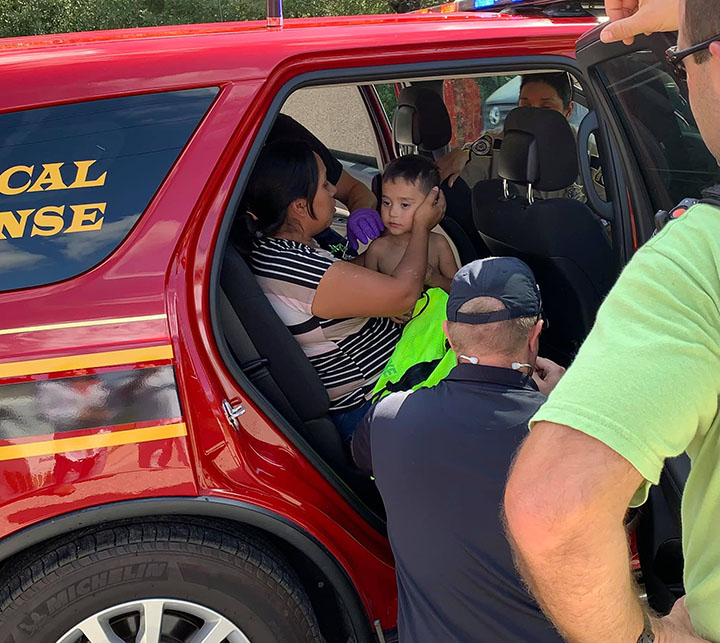 According to authorities, Christopher Ramirez wandered into the woods while playing with a neighbor's dog. His mother was unloading groceries. The dog returned but the toddler did not.

Christopher was found four days later by a landowner near Texas State Highway 249, outside of Magnolia in Montgomery County, about 5 miles from his home.

"He is now in the care of the doctors and nurses at Texas Children's Hospital in the Woodlands with his mother by his side," the Grimes County Sheriff's Office said in a statement. "A bit tired and dehydrated as well as hungry and in over all good spirits and healthy. He will be observed and monitored for a period of time by the professionals at Texas Children's Hospital."

In the days prior, hundreds of searchers combed the woods day and night by ground, air and water while investigators looked for leads related to the disappearance. The search involved multiple agencies and volunteer groups, including the FBI and Texas EquuSearch - a search and rescue organization dedicated to searching for missing persons.

Donald G. Sowell, Sheriff of Grimes County, wrote a sincere thank-you message to everyone who participated in the rescue mission.

"I want to express my appreciation and heartfelt thanks to everyone that assisted in the search for Christopher and never gave up hope. The many EMS, Firefighters, Law Enforcement and support partners from the federal, state and local jurisdictions and so many citizen and private search groups that helped were very dedicated to this mission. The news and media groups that were on site and their stations were so kind and supportive to keep broadcasting the story to ask of the public to look for Christopher.

The kind and humble citizen that found Christopher was indeed a special and Guardian Angel that was in the right place at the right time. He is a humble and kind man that did not want to his name mentioned. I had several good visits with him and thanked him for being there. He replied that God told him at Bible study yesterday evening to go look for him and he would find him. This morning the man did just that and the rest is a happy ending to this story.

Again I want to express my heartfelt thanks and appreciation to everyone for their tenacity, dedication and the spirit of never giving up in this mission to find Christopher."