A Boy With Autism Wished For Friends. On His Birthday, He Jumped For Joy From The Response

Daniel Harrison, from Nottingham, England, wished for two things: to learn how to drive and to make friends.

One of them came true. 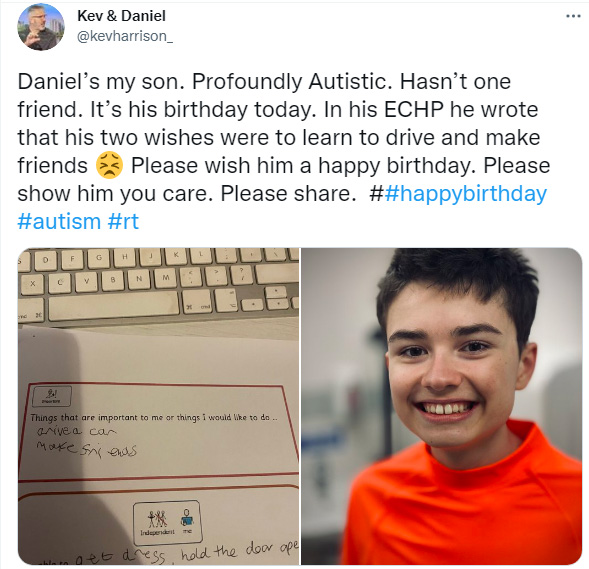 "Daniel, for the first time, was asked at his special needs school to write two things that he'd like to achieve," Daniel's dad, Kevin Harrison, told CBS News. "His first was learning to drive and the second thing – which surprised us – was 'make some friends,' because we didn't understand that he understood the theory of friendship."

"So, that shocked us to the core, really," he said.

On Daniel's 15th birthday, Harrison went on Twitter and asked if people could send his son a message.

"Daniel's my son. Profoundly Autistic. Hasn't one friend. It's his birthday today. In his ECHP he wrote that his two wishes were to learn to drive and make friends. Please wish him a happy birthday. Please show him you care. Please share," he wrote.

Replies have come from people all over the world, including celebrities.

Harrison said some of the responses he showed Daniel made him jump for joy. 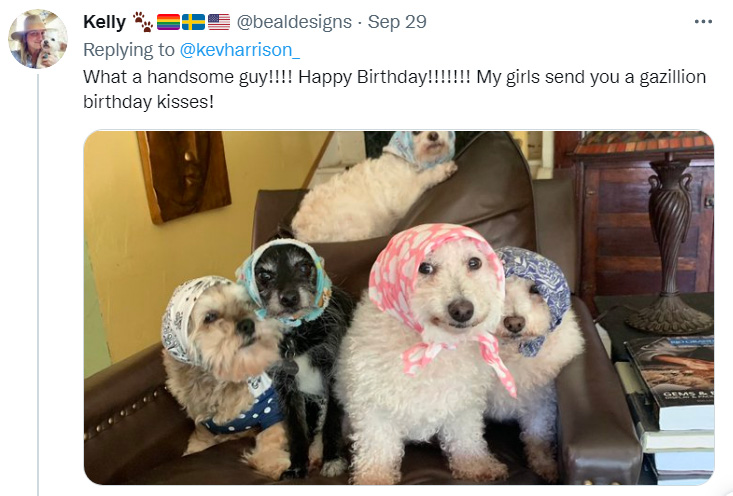 Mark Hamill's happy birthday message to Daniel might have been the most surprising of all for Harrison.

"This means a lot. For me as an 8 year old. And for my son who idolizes you. And for every person with Autism," Harrison replied to Hamill. 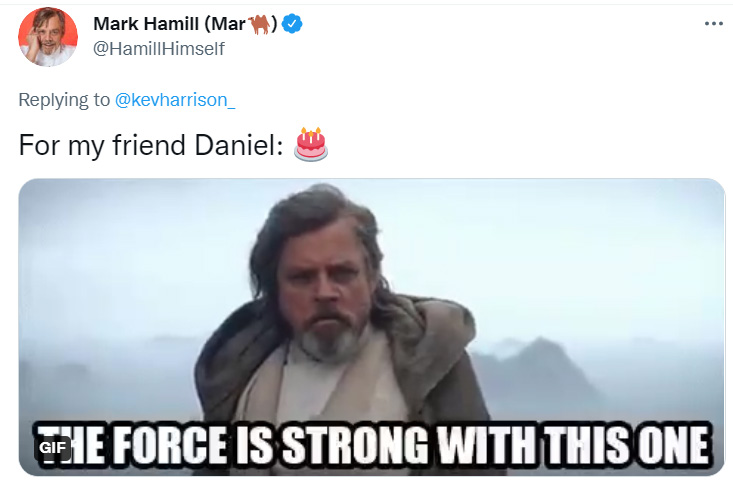 Although he's stunned by the vast response, Harrison believes he knows why the post has touched so many people.

"I think it's a good news story, because the whole world right now is polarized," Harrison said. "Everywhere, there's no middle ground. Yet, we found with Daniel's tweet and the story that there's a lot of beautiful, lovely people in the world."