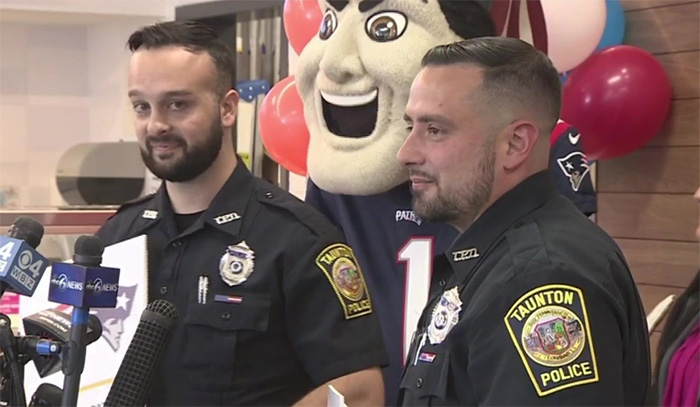 King told the officers it was the second time in a week his bike had been stolen, the first being a gift for his sixth birthday.

"We're getting ready to leave and I said to [Officer Flynn]…I think I want to buy him a bike. He's like, let's split it," Officer Hughes explained.

"It just blew my day out of the water. I cried. It was heartfelt. It was truly heartfelt," Bryan's mom said.

When Dunkin' heard about the officers' act of kindness, they surprised Flynn and Hughes with tickets to Sunday's Patriots-Buccaneers game.

"It's just crazy. I mean it's one thing to go to a game…to think we are actually going to the game that Tom Brady is coming back to New England [for]," Hughes said.

Flynn and Hughes told WHDH they are honored to be recognized this way. They will be sitting five rows up from the field for Brady's return to New England.