Texas firefighters, police, paramedics and other city workers worked around the clock to rescue a 15-year-old deaf dog trapped in a storm drain. 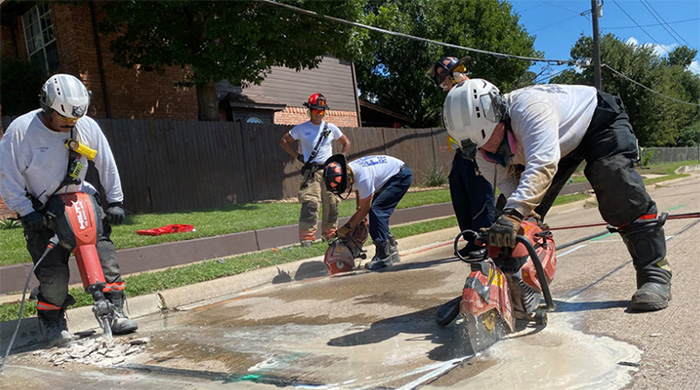 The dog, Zoey, was discovered on Saturday stuck in a drainage pipe. Owner Andrea Tankersley said "people were hearing animal sounds, but they were hearing them all over the neighborhood."

The deparment wrote: "We have a condensed video of the rescue operation to save Zoey, the 15-year-old dog stuck in the storm drain. The operation lasted over 10 hours.

Once again, we just want to acknowledge the incredible work from our Technical Rescue Team, the additional AFD units, and the other City of Arlington, TX - City Hall agencies which contributed to Zoey’s rescue."