A veterinarian in Brisbane performed surgery on a dainty green tree frog.

The frog, also known as the graceful tree frog, is native to Australia and was so small it fit on the end of her finger. 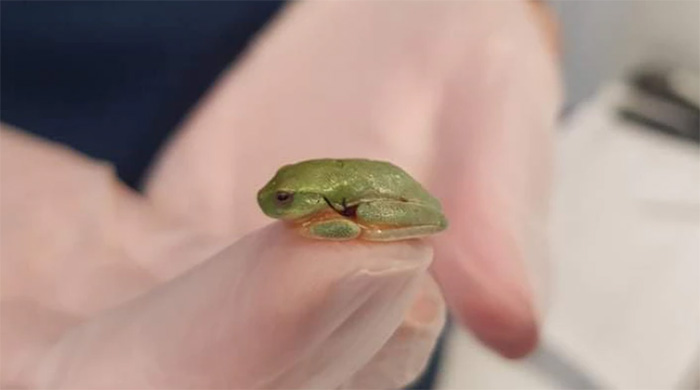 The frog was less than two centimeters long and weighed a half gram in weight.

Barrow said the frog was found at the RSPCA's Wacol facility, having hitched a ride on some foliage.

"One of our vet nurses found him on some leaves ... that had been brought in to feed some of our koalas," Barrow said. "She brought him into the clinic to me and she was really worried, she said 'he seems to have a lump on the side of his body. I had a close look and he actually had a little hole, it was only a couple of millimetres but on a tiny frog that's only two centimetres long, that's quite a big hole inside of his chest."

The animal's tiny lung and intestines were poking out of the hole. 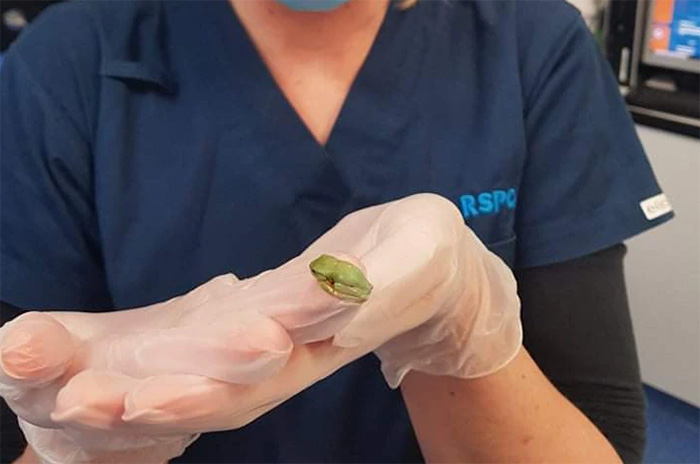 "In order to treat him, we had to anaesthetize him so that he was sedated enough to fix his wound. We had to dilute the medication by one in 1,000, to get a tiny, tiny dose to be able to make him go to sleep so he couldn't feel anything."

In addition to the size of the frog, the amphibian's skin was also a challenge.

"His skin is so thin, frogs have really thin skin that they absorb oxygen and things through and that just makes it really difficult."

Barrow managed to close up the hole with a single, dissolvable suture. The next day the frog was hopping around. It was released into the wild a week later.

"It's just really rewarding to be able to offer help," Barrow said.