Parents Reunite With Son 24 Years After He Was Kidnapped

A Chinese man has finally been reunited with his son after a 24-year search that saw him travel over 300,000 miles across the country. 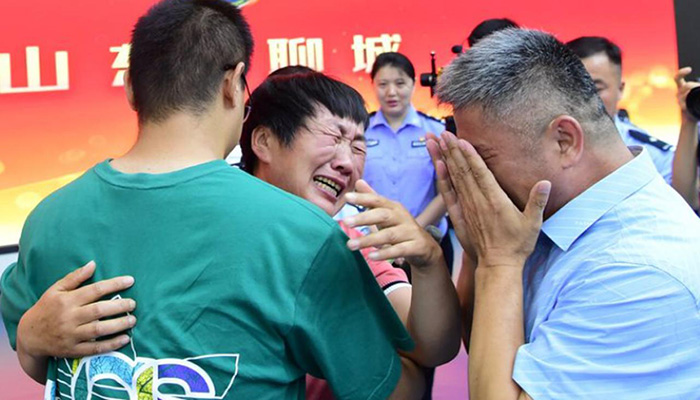 Guo Gangtang's son was kidnapped and sold by human traffickers in front of their home in the province of Shandong in 1997.

He was just two years old.

According to China's Ministry of Public Security, the police were able to trace his son's identity using DNA testing.

Video footage (below) shows Guo and his wife crying and hugging their son as they were reunited on Sunday.