Teen Raises $39,000 For Children With Cancer By Cutting Afro

A 17-year-old in Huntsville, Alabama, has raised more than $39,000 for children with cancer by cutting his afro. 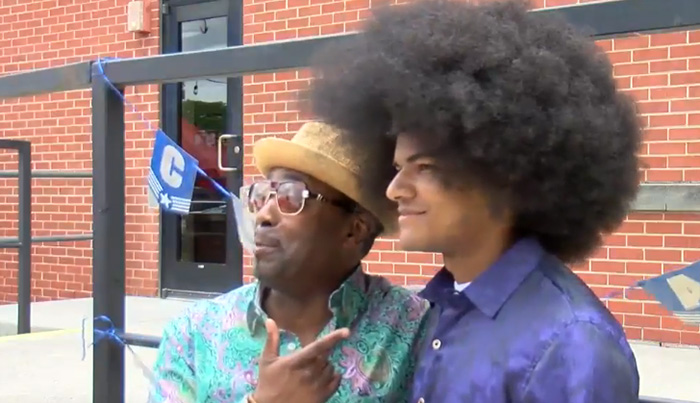 Kieran Moïse says he has spent six years growing his hair out with the goal of donating it to charity.

After getting accepted into the U.S. Air Force Academy, the time had come for Kieran to cut his 19-inch afro.

"Now that it is time to shave it, I would like to raise $1,000 per inch for St. Jude's Hospital," he wrote on St. Jude. "My hair is 19 inches long and that $19,000 will do so much good to help families dealing with cancer. One of my good friends in middle school died from cancer and I know St. Jude's really helped his family. This is just one way that I feel like I can give back. It will also help make some really good wigs for kids!"

Kieran's mother told the Washington Post that her son "was born with a beautiful headful of hair, and for his entire life, that's the first thing everyone noticed about him... everywhere he went, he was the guy with the big hair. There was no way not to notice it."

She also said that "Every Sunday night, I'd help him condition it one section at a time while he sat through two movies. That hair was a huge part of his personality."

So far, Kieran has raised more than double the amount he set as his goal.