The Columbia Fire Department in Missouri plans to honor two boy scouts with a "Citizen Life Safety Award" for saving a woman's life. 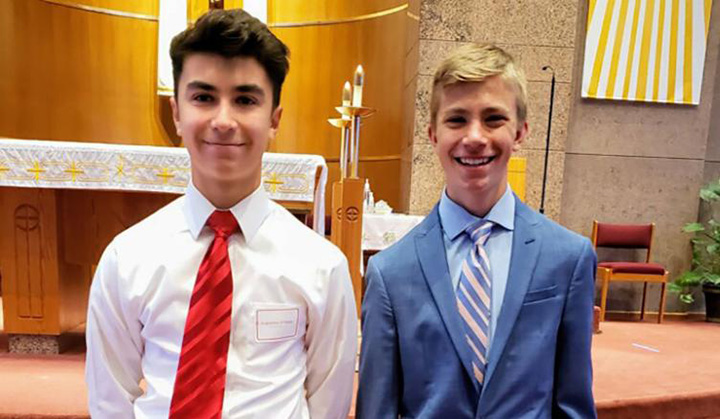 Joseph Diener, 16, and Dominic Viet, 15, were riding their bikes in Columbia, Missouri, on Friday to survey the damage after a massive rainfall flooded parts of the city.

All of a sudden they heard someone screaming for help.

The young woman was swimming with a friend at Jay Dix Station, where deep floodwaters had engulfed an entire basketball court.

She was quickly drowning. 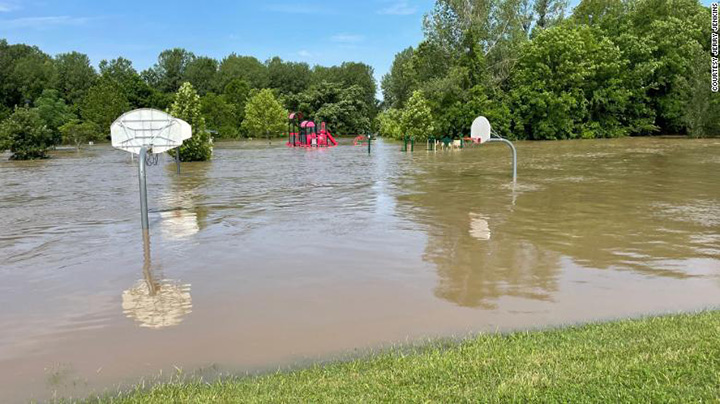 "The first thing that came into my mind was to get into the water," Dominic told CNN. "We didn't have time to think, her head was barely above the water and we could see her sinking more down every second. We didn't think about the risks, we had to get her out."

The two said they had the woman grab onto their shoulders because her legs were cramping and they were able to doggy-paddle back to the shore.

"There were some currents trying to pull us down too, because — I don't know — it's not normal water," Dominic said.

"She laid there for about five minutes, coughing up a lot of water and just not moving or talking," Joseph said.

The woman was transported to a local hospital for evaluation. Assistant Fire Chief Jerry Jenkins added that the woman was expected to be okay, though he did not know her current status.

In recognition of their bravery, the Columbia Fire Department will honor the scouts with a "Citizen Life Safety Award" this week.