In 1961 The Yankees Denied Her Request To Be A Bat Girl. 60 Years Later, Her Dream Has Come True

As a 10-year-old girl, Gwen McLoughlin wrote a letter to the New York Yankees organization asking to be a bat girl.

60 years later, her request has been granted. 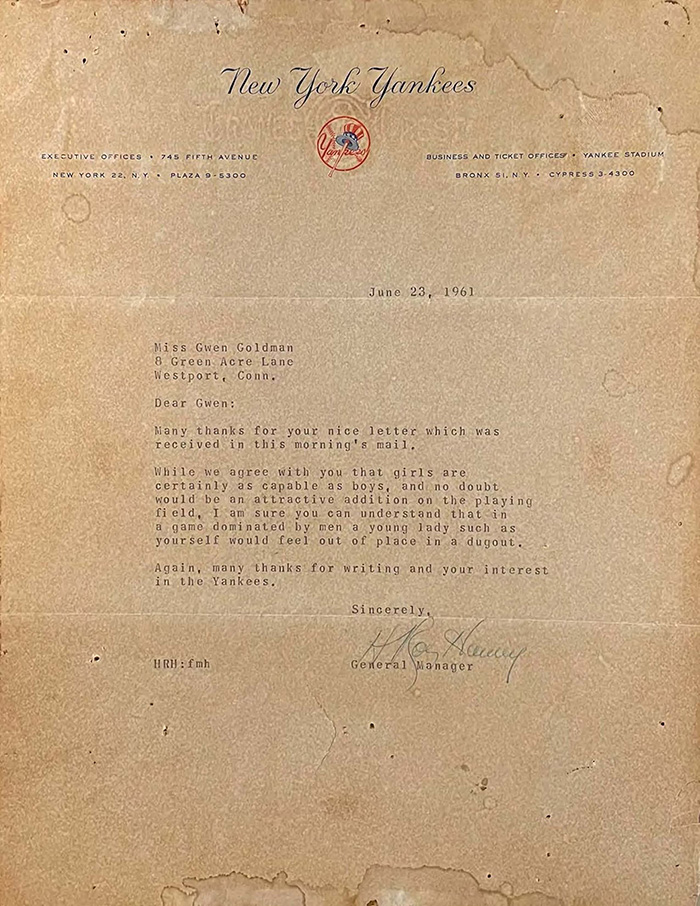 In 1961, Gwen received a response from Roy Hamey, who was general manager of the team at the time.

"While we agree with you that girls are certainly as capable as boys, and no doubt would be an attractive addition on the playing field, I am sure you can understand that in a game dominated by men a young lady such as yourself would feel out of place in a dugout," the letter read.

The letter she received from Hamey still hangs on her living room wall.

Cashman invtited Gwen to Yankee Stadium to fulfill her dream. 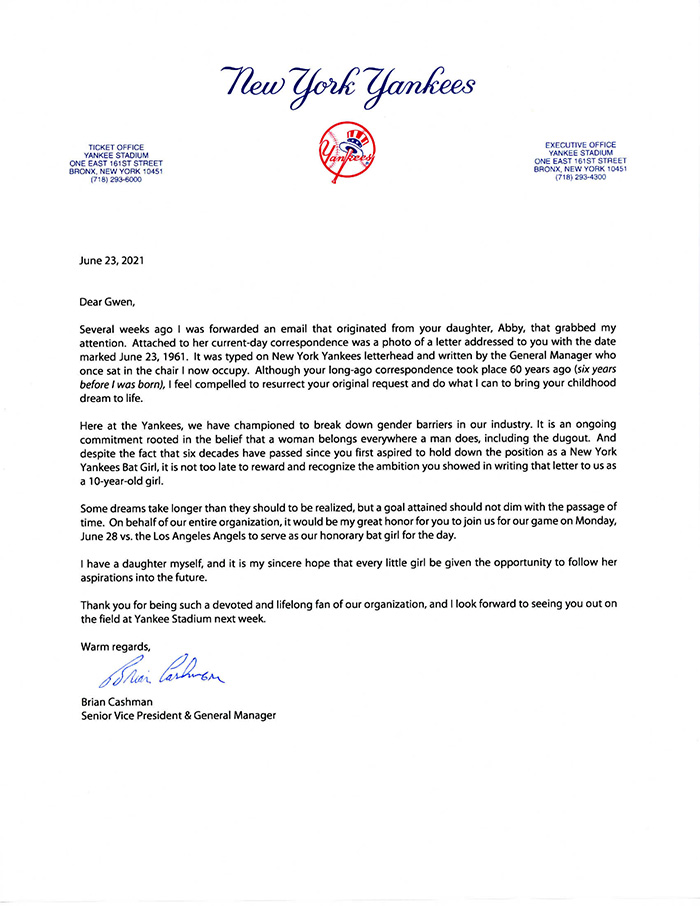 "Although your long-ago correspondence took place 60 years ago — six years before I was born — I feel compelled to resurrect your original request and do what I can to bring your childhood dream to life," the letter read.

"And despite the fact that six decades have passed since you first aspired to hold down the position as a New York Yankees Bat Girl, it is not too late to reward and recognize the ambition you showed in writing that letter to us as a 10-year-old girl."

Members of the Yankees organization arranged a video call to speak with Gwen and invite her to serve as a bat girl, which quickly turned emotional.

"It is my honor and my dream and I can't thank you enough for making this come true," McLoughlin said in tears. "I will be there."

In 1961, 10-year-old Gwen Goldman penned a letter to the Yankees expressing her dream of being a bat girl. The response she received from the GM at the time still hangs on her living room wall.