Veteran Marty Weber was offered $3 million for his property by a commercial property developer.

He turned it down to build a retreat for homeless veterans struggling with addiction. 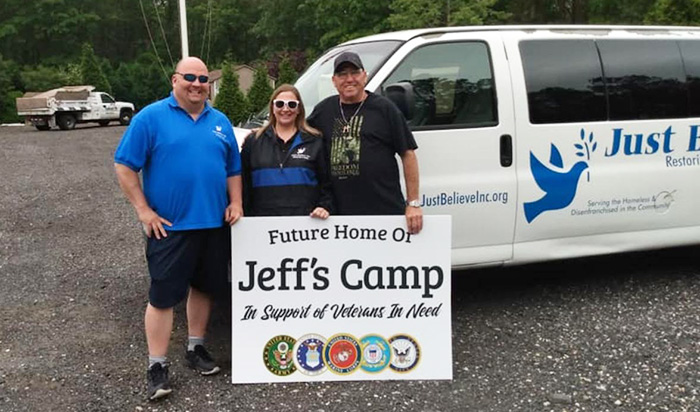 Last month, Weber signed a letter of intent to donate 36 acres of wooded property in New Jersey for use as a group home, rehabilitation facility and quiet retreat for homeless veterans struggling with addiction and mental illness.

It will be called Jeff's Camp, in honor of his late partner.

Weber met Jeff Poissant while serving in the U.S. Army. They became business and life partners for three decades before Poissant died four years ago of bladder cancer at age 56. 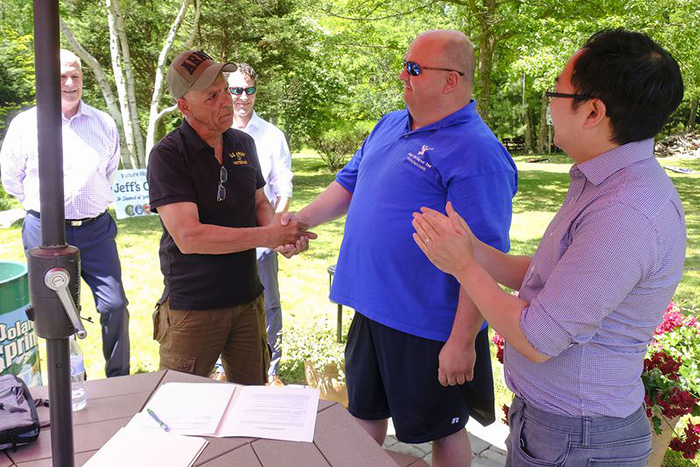 Weber said they had always envisioned somehow using their property to help fellow veterans, and he felt compelled to realize that dream following Poissant's death.

"We thought about a cemetery for the vets," said Weber, "but this is going to keep them alive."

The vision for Jeff's Camp includes an 8,000-square-foot building, which would be divided between a treatment facility operated by New Life Addiction Services and a thrift store run by Just Believe, a non-profit organization helping the homeless and disenfranchised.

By living under the same roof, the veterans would form a natural support group with a very strong, specific bond they would not share with non-vets.

"I think the combination of things, the thrift store, counseling on the premises, whole groups in the woods, all those things, it's just tremendous," Savon said.

The estimated cost of the project is $2.5 million, which Just Believe hopes to raise through contributions and grants.

The first fundraiser for Jeff's Camp is scheduled for August 9.